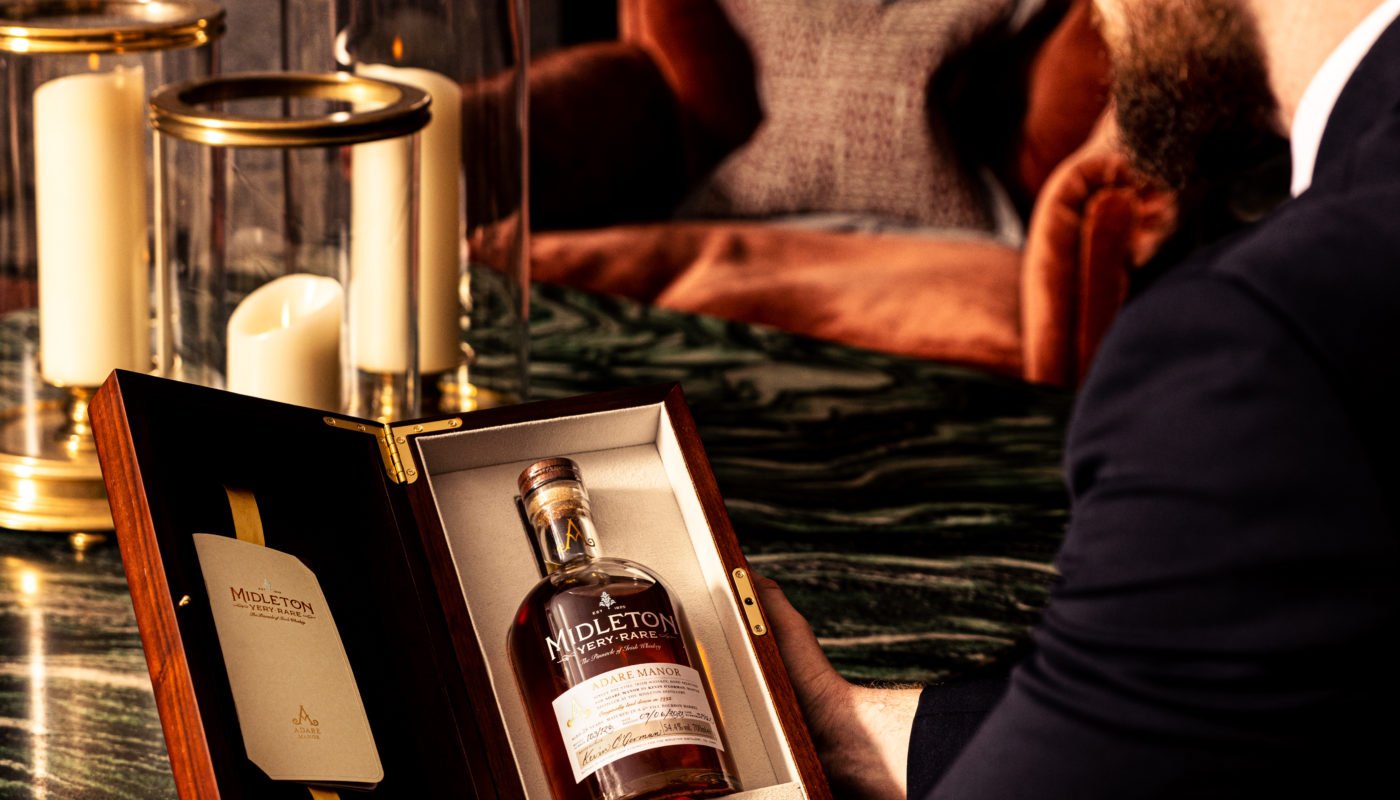 Adare Manor continues its stimulating collaboration with the Midleton Distillery with an exclusive release of the third tailormade single cask of Midleton Very Rare Whiskey for the resort.

A partnership established over five years ago where the rarest whiskey at the Midleton Distillery is hand chosen and bottled exclusively for Adare Manor, this release represents the third partnership and the first selection made with the assistance of new Master Distiller Kevin O’Gorman, who has taken on the mantle of continuing the great Midleton legacy. In fact, the 2022 release marks Kevin’s first vintage at the helm of Midleton Distillery, making it a significant commemorative release.

Laid down in 1992, this third release is a single pot still whiskey, aged for 28 years and bottled at cask strength (54.4%). Master Distiller Kevin O’Gorman used his expertise from years as Midleton’s Head of Maturation to select a particularly special 2nd fill bourbon barrel laid down by Barry Crockett. After 28 years of maturation, investigation and sampling Kevin felt that it was time to add this exquisite whiskey to Adare Manor’s collection with this special cask laid down on the 4th June 1992.

In 2018, the first collaboration between Adare Manor and the Midleton Distillery saw the release of a 23-year-old single pot still whiskey, aged in American ex-bourbon barrels. Then in 2020, the second collaboration was one of Brian Nation’s final creations and also the oldest Midleton single cask to be aged exclusively in Virgin American white oak. The first release is now sold out and just a few bottles remain at Adare Manor for guests to enjoy in The Tack Room and other resort bars.

For further information or to reserve a bottle of this limited release of Adare Manor Midleton Very Rare 1992 Single Cask 28-year old whiskey, call the F&B team at Adare Manor directly on +353 61 605 246 or visit shop.adaremanor.com

On the nose, the Adare Manor Midleton Very Rare Single Cask 28-year-old has delicate pot still spices at first with soft fruits that slowly build, adding to the rich and warm nutty liqueur aromas and sweet notes of honeycomb. Hints of citrus zest and fresh herbs begin to appear, weaving amongst the earthy woodland notes while the spices continue to evolve in tandem with the seasoned oak’s antique wood and worn leather characteristics, highlighting the many years of maturation.

In the mouth, it is rich and intense, with initial notes of dark roasted coffee and toasted hazelnut with deep earthy tones. The piquant spices and delicate oak tannins work in tandem with the fruits, creating a mélange of flavours; black pepper, sugar-glazed fruits, dried herbs along with a mild prickle of chilli oil in the background.

Finally, it has a lingering finish, where the fruits softly fade while the aged barley and old oak remain vibrant until the very end.