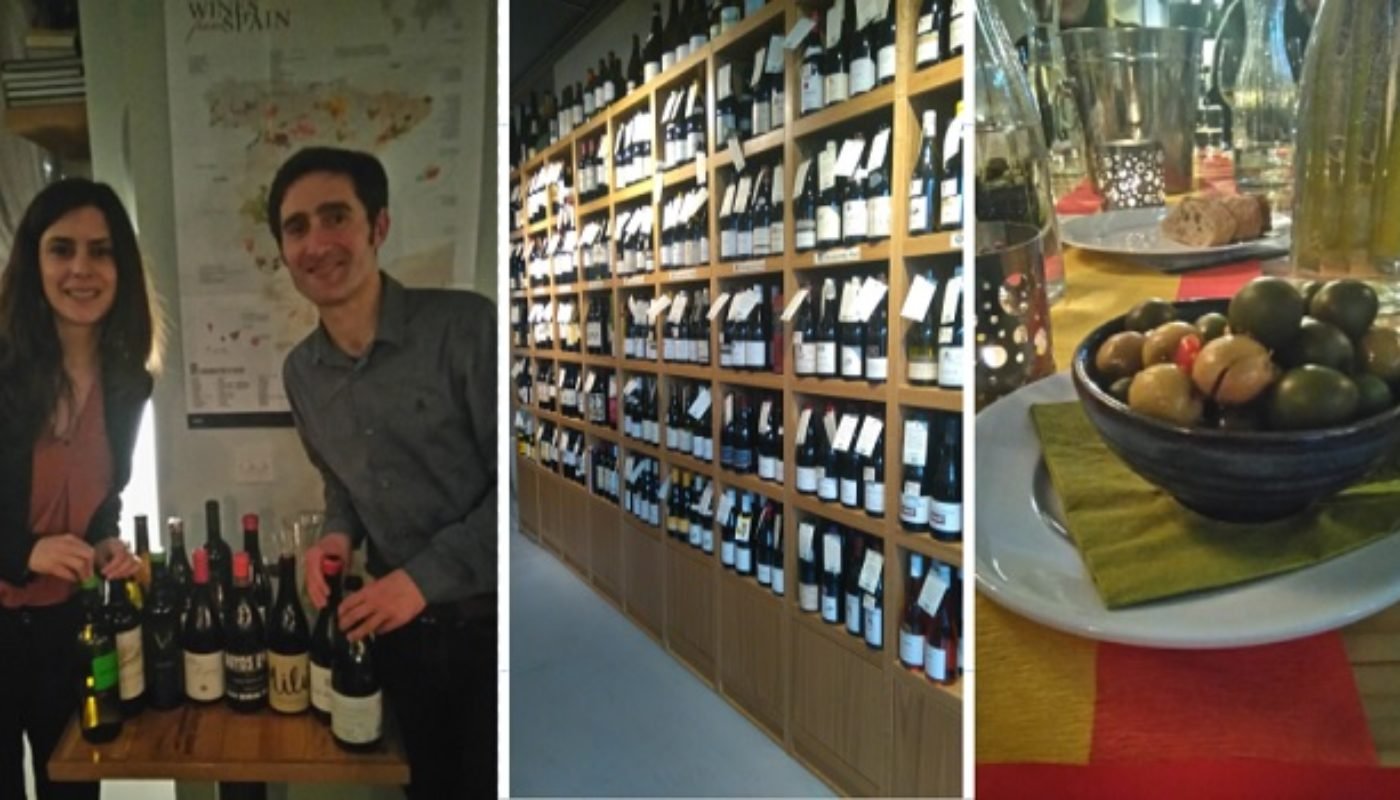 Home » A Taste of the Real Spain: Organic, Biodynamic and Natural Wines

A Taste of the Real Spain: Organic, Biodynamic and Natural Wines

Spanish Wine is always worth celebrating, and thanks to the initiative of Wines from Spain, Dublin had the opportunity to do so on a large scale, thanks to a series of classes, tastings and events held across the city between the 11th o the 17th of April, dates chosen for the first (of many, we hope!) Spanish Wine Week.

On Thursday The Taste was invited to a tasting and talk named “Real Spain: A Tasting of Organic, Biodynamic and Natural Wines“, presented by Eleonora Infuso from Menade Winery and Rafa Salazar from Vinos Tito Wine Importers. Green Man Wines in Terenure was the place to be. The fact that April is also Real Wine Month meant that it was the perfect moment for this event to happen.

A welcoming glass of Dominio De Tharsys Cava Brut Nature seemed to foresee the tone of the night: bubbly, full of life and with that vibrant and contagious joy that makes Spanish sobremesa last for hours.

And as the white wines were poured, Eleonora emphatised one of the key principles for the glasses to be had during the night: no added yeast, since the one that the grapes catch naturally is the one that will make a wine true to its terroir. Three Verdejos from Menade Winery, an environmentally friendly bodega in the Rueda region, were enjoyed next to tender prawn tapas, fair play for the match.

The first one was Menade Rueda Verdejo 2015 (Organic), pear and apple blossom aromas, light bodied and with a shy acidity. It was followed by Nosso by Menade Verdejo 2014 (Natural), a wine with no added sulfites and a gentle malolatic fermentation that turned out to be a surprising balance of fruit and honeycomb flavours. The charming third was V3 by Menade Verdejo 2012 (Organic), made with grapes from century-old vineyards (pre-philloxera, as Eleonora proudly highlighted), almonds and caramel salé were among the predominant tasting notes. After that, Rafa Salazar came into the spotlight and while the Green Man Wines staff made sure all guests were ready for the reds, he took a moment to explain the difference between the terms that defined the wines tasted: “Organic” refers to those wines made with grapes grown without the use of pesticides or chemicals (however, he pointed out that different countries have different rules to award this certification). “Biodynamic” wines take things further and is made with grapes cultivated under the biodynamic farming principles which include a mix of environmentally friendly and esoteric guidelines.

Finally, “Natural” wines go beyond the grape and take the non-intervention norm to the wine-making process, encouraging the minimum use of technology and the omission of chemicals usually added to wine. As Rafa explained, there is no legal regulation regarding what is a natural wine, so it’s up to the wine maker’s honesty and therefore a cellar’s good name is of great importance.

The first red was Clos Lojen Bobal 2015 (Biodynamic), a cherry-dominated young Manchuela red, followed by Rayos Uva 2014 (Biodynamic), a Rioja with dried flowers and blackcurrant notes. Then there was Milu 2015 (Sustainable Farming), a spicy Ribera del Duero, a bit severe alone but amazing with Ibérico ham or meat.

The fourth wine was Treintamil Maravedies 2013 (Biodynamic), a snappy, peppery red from grapes harvested by the Madrilean mountains. Then Matsu “El Recio” 2013 (Organic), an elegantly aged tempranillo whose name could vaguely be translated as robust, which also accurately describes it. Sixth and last, San Martin 2011 (Biodynamic), a complex and structured Grenache with velvety tannins.

Whether you are deep into the organic and biodynamic lifestyle or simply a lover of good wines, all of the bottles tasted during the evening are worth trying and available at the Green Man Wines.