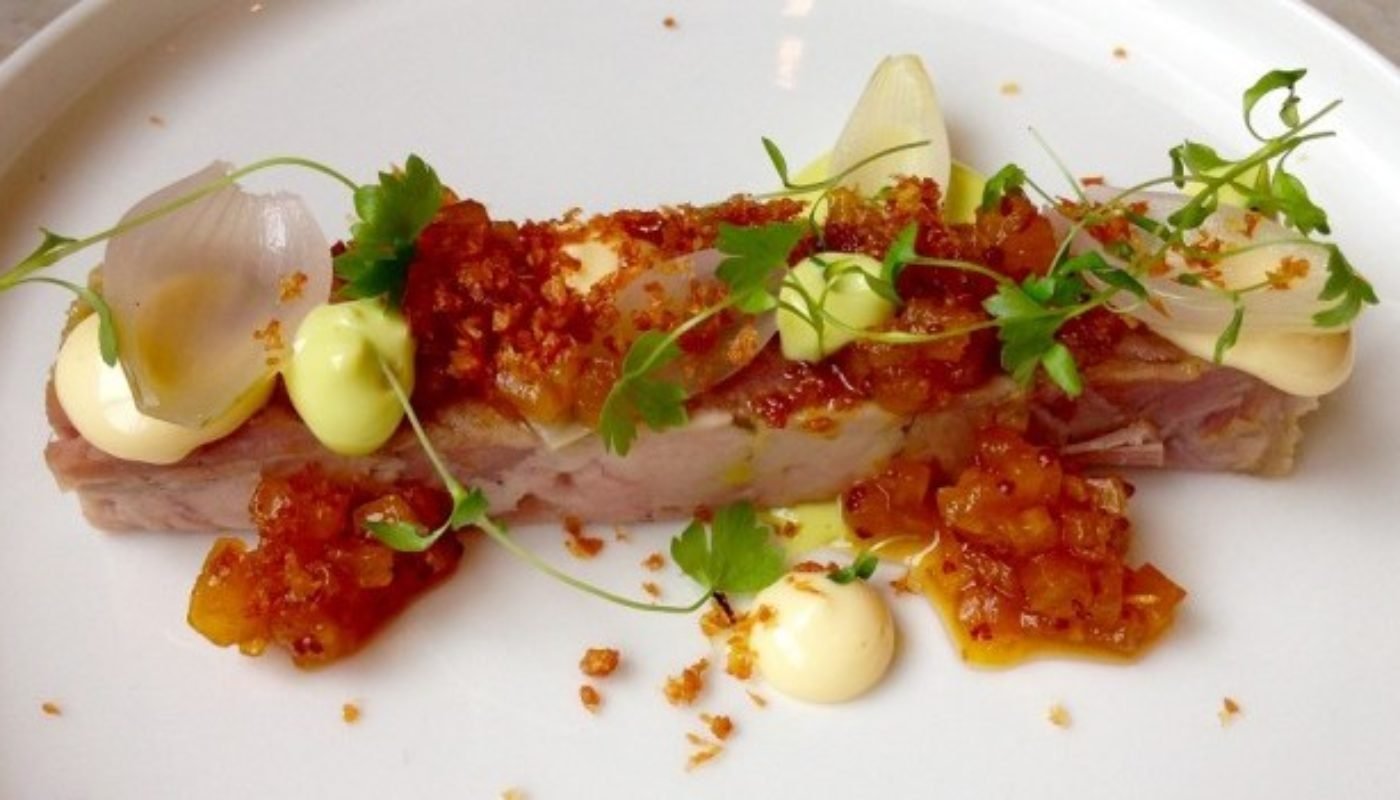 Home » A Lingering Lunch at Brioche

A Lingering Lunch at Brioche

It is surely a sign of the tide turning that villages are buzzing in January. Ranelagh has survived the recession in style yet I wasn’t expecting it to be as full of life as it was on a particularly chilly Saturday afternoon towards the end of the month. With pay day still a distant concept for most and the weather putting off even dedicated foodies, the cafes and restaurants along the main thoroughfare were surprisingly busy.

It was evident the brunchers were out in force but I was in Ranelagh for a more traditional meal at Brioche ; the seemingly forgotten concept of a weekend lunch. Chef patron Gavin McDonagh has finally given in to requests from his regular customers and decided to serve up a pared down version of his evening menu for lunch time customers. We weren’t the only people who were excited to try the new offering as the gorgeous Parisian dining room was full of diners looking for something a bit different.

Gavin’s cuisine is the best of modern Irish food, based on seasonality and great produce, combined with all the great French elements that are testament to his career in top kitchens. His tasting plates allow you to sample more of the menu which is considered and balanced, innovative and surprising. Dining here is more than just a meal, it is a gastronomical experience.

No matter what you order in Brioche, you always begin with a perfectly formed mini loaf of their signature bread. Served with some salted butter, the brioche is everything it should be; warm, sweet and melt in the mouth with a crunchy crust. We enjoyed ours with glasses of prosecco (€8) that were ordered under welcome duress from manager Tim.

The lunch menu is set out like Gavin’s tasting menus but the main courses are larger, one course will suffice if you are short on time or like missing out on exceptional dishes. Just like the tasting menus, the lunch options change constantly to reflect the best of the day’s produce. We started with the Ham hock terrine, pineapple, pickled onions which was beautifully presented and set the tone for the displays that were to come. The ham was seasoned really nicely and fell apart with a prod from a fork. The sweet pineapple and crunchy onions provided lovely textures and flavour combinations but the accompanying sauces tied the dish together and stayed with you long after you finished a bite.

Being a fan of Gavin’s bold and flavoursome soups, I had to try the Parsnip velouté, young buck blue cheese & raisin purée. New manager Patrick presents this with a flourish, pouring the sauce over the sweet raisin purée. The velouté is rich and creamy with an incredible amount of flavour and the raisin elevates the dish to more than a soup. Gavin is obviously very proud of his ingredients as he credits his suppliers like Mike Thomson who makes the Young Buck cheese in Northern Ireland.

Sinéad had ordered the Pan-roasted Cod, artichoke, salsify & celeriac but we were informed that Gavin wasn’t happy with the fish so she was presented with a fillet of hake instead, which left us very impressed with the level of quality control. The fish was perfectly cooked with crispy, salted skin and flaky flesh and the salsify was an interesting addition. The dish was nicely balanced and the hake was never in danger of being overshadowed by the delicious accompaniments.

My main of Braised Lambay Island lamb, roscoff onions, confit leeks, veal jus was giving off such gorgeous aromas my mouth was watering before it had been set down on the table. I was not disappointed. Shredded slow cooked lamb had been rolled into neat cylinders that were beautifully caramelised. The jus was just right, rich and meaty while the onions and leeks were punchy and sweet. We also enjoyed sides of Pomme mousseline, the smoothest and creamiest mashed potato around, and some Charred lettuce, parmesan & shallots. Sinéad proclaimed it as the best lettuce she had ever eaten and I am inclined to agree, although I am biased where charred vegetables are concerned.

Patrick was on point with his advice about the wine selection and Sinéad loved the Domaine Emilian Gillet Viré-Clessé from Bourgogne (€12.50) she had with her hake. The Austrian Blaufrankisch from Muhr-Van Der Niepoort (€11) I had was unusual and probably something I would not have gone for without Patrick’s sound advice and I really enjoyed it.

We were totally spoiled with a pre dessert of Apple parfait, apple gel, pickled apple slices, apple and celery granita which was light, tangy and a perfect little palate cleanser. After that we indulged in a Chocolate ganache, orange dressing, tonka bean ice cream. The ganache was sinfully rich and a perfect partner for the zesty orange dressing while the tonka bean ice cream would be the discovery of the year if it wasn’t far too early to make those sort of claims! We sampled a fortified wine with dessert, a blend of Malbec and Tannat from Lionel Osmin in South West France that was perfect with the chocolate.

Our meal in Brioche was a rare thing for January, rich and indulgent and a perfect treat on a cold afternoon. It doesn’t break the bank either as the lunch menu is quite reasonable with 1 course for €15, 2 courses for €20 and 3 for €25. Paired wine flights are available for €17 so you can make the most of the experience and Patrick is always generous with advice and recommendations.

If brunch just isn’t going to cut it, you will find great options for weekend dining here. Fine dining without the fuss, Brioche stands out from the crowd in Ranelagh with its own unique style and substance that will ensure you return.

An Exceptional Taste that has to be experienced.