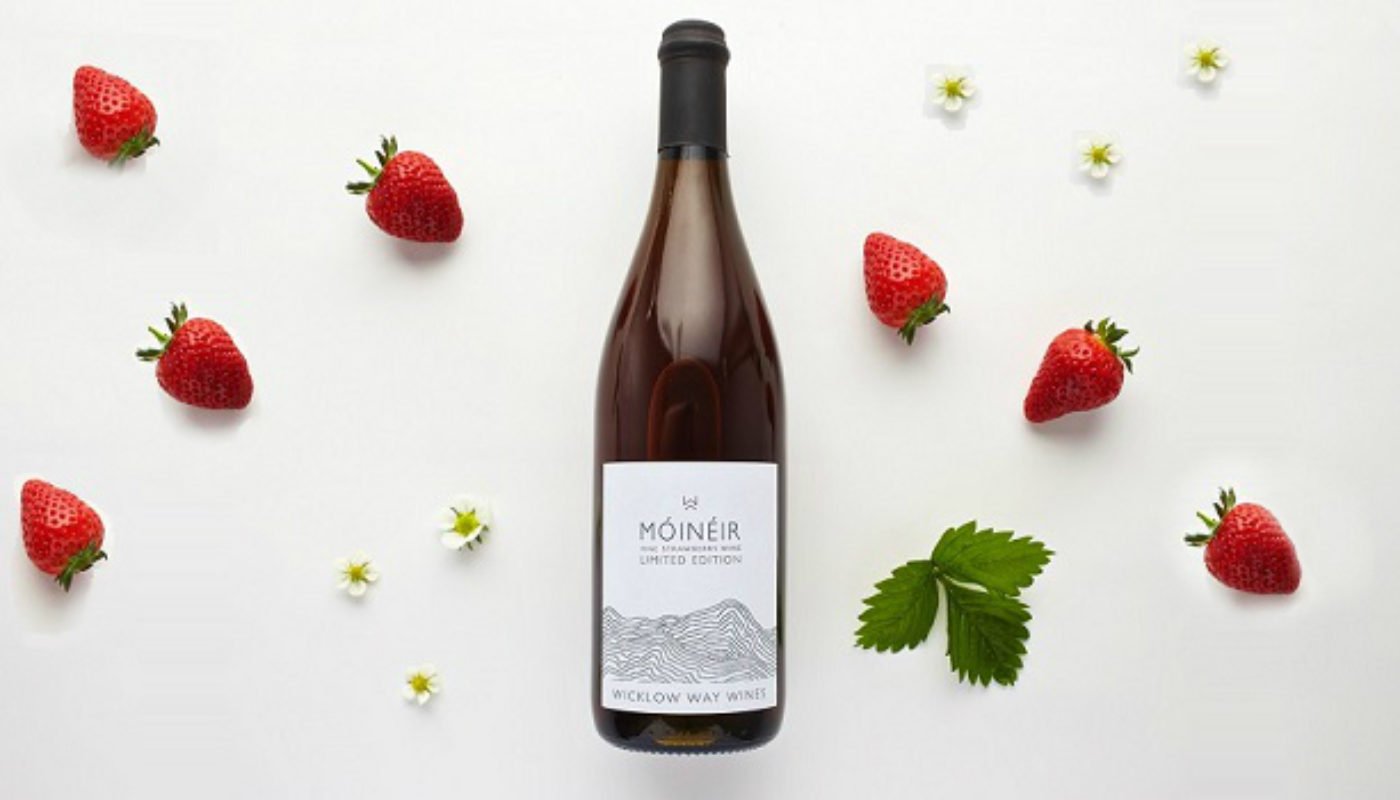 A glimpse of the label shows that you’re holding something unique: no sumptuous châteaux nor baroquish vineyard illustrations, instead a topographic view of Wicklow’s Great Sugar Loaf Mountain and above it the word Móinéir -Irish for Meadow- followed by the phrase Fine Strawberry Wine.

The wine, Wicklow Way Wines’ flagship product, is the fruit of nearly two decades of research and experimentation as well as a lot of passion. The seed of inspiration was planted in Sun-loved California, where Dubliner Pamela Walsh and her American husband Brett Stephenson discovered fruit wines in the nineties.

Despite the encounter being love at first sip, Pamela explains that as their palates evolved, they realised that there was room for sophistication in artisan fruit wines and as they took on the hobby of making their own, they perfected flavour and technique, although during the 11 years the couple lived in the Golden State, their careers took most of their time. “We’ve been wanting to start our own business for a while, and we wanted to do something that was sustainable”, says Pamela, who by the time they moved to Ireland in 2000 had plenty of experience in the green energy field. They kept experimenting with the wines while working full time, Pamela as a senior executive for Airtriciy and Brett as an Audio Engineer. By 2013 the they were ready to start up: “we wanted to come with something good, and there was no point in doing something that has been done before”, Pamela says, as she recalls how they realised the potential that their fruit wines had.

By the time they launched Wicklow Way Wines -Bloom Festival, June 2016- they were still to find how Móinéir was going to be received by the public. “Bloom showed us that people like it”,  both Pamela and Brett share examples of curious visitors who were as pleased with the wine as they were by their reactions. There were a few skeptics as well, people that perhaps have tasted overly sugary strawberry wines such as those which the couple found in California, and of course hardcore advocates of grapes as the only fruit with juice capable of producing wine. But it’s not Brett nor Pamela, it’s the Oxford Dictionary which defines wine first as “an alcoholic drink made from fermented grape juice” but also as “an alcoholic drink made from the fermented juice of specified other fruits or plants: a glass of elderflower wine”.

So, technically speaking, strawberry wine is wine and as Brett explains, “it’s exactly the same process”. One of the main differences however, is that strawberries are much more suitable for Irish weather than grapes, which are happier in warmer latitudes with more contrasting seasons and day-night temperature changes. Harvest season is also longer for strawberries, spreading between April-May to September-October, which means that the wine can be produced through the year in several small batches.

The art of strawberry winemaking

“Strawberries break down very nicely and their acidity is just right”, explains Brett, who adds that they only use Irish Strawberries from trusted, sustainable suppliers among which he highlights Pat Clarke, “who’s been growing them for over 50 years”.

The overall process to make Móinéir takes about a year. Once the fruit arrives to the couple’s unit in Newtownmountkennedy, Co. Wicklow, the stems and leaves are removed and the fruit is macerated for three or four days. Then the juice is fermented for about a week and after that it’s stored in steel tanks.

“After six months, the flavour mellows” explains Brett, who adds that is in this period in which the biggest change takes place. Regarding temperature controls, they are covered by the constant coolness of the Garden of Ireland. They do everything themselves so the wine is bottled and labeled on site. At very busy periods, all the family rushes to get the orders in time and Pamela and Brett’s son Shane (21) and daughter Celina (18) jump in to give them a hand.

“I like to work in small batches” adds Brett, as he explains that the tanks have a capacity of 1,000 litres, which is relatively small even for for a boutique winery. They are currently able to produce 5,000 bottles a year, plus 2,500 of blackberry wine, which they hint to be their next product, and although it’s not currently on the mainstream market they hope to have it ready for October.

Eco-Friendly since day one

For Pamela, it was very important than anything she and Brett ventured in was environmentally sustainable. Since day one, the couple behind Wicklow Way Wines adhered to Bord Bia’s Origin Green, a standard that is challenging to keep for new, small producers, but to which they are fully committed.

“Our fruit is comes from 100% Irish Bord Bia-approved growers”, says Pamela, and she adds that their efforts also include sourcing the greenest possible energy source in the winery. They both have nothing but praise for Bord Bia, which “has been such a great help and incredibly supportive” according to Brett.

Brett recommends serving Móinéir between 8° to 10°, although “some people like it a little bit colder”. Regarding the food to accompany it, Irish food is the way to go.

Among the dishes that he suggests are salmon, ham quiche, chicken and spicy food like Thai, which benefit from the wine’s medium body and richness of flavours. Cheese is another good match, and Brett points out that the best cheeses to go with Móinéir are those with medium strength like Cheddar.

Móinéir is paired skillfully and featured in wine lists on Michelin starred restaurants in Ireland such as Chapter One, Thorntons and The Green House, where Ireland’s top sommelier and the world’s third best, Julie Dupouy introduced it recently.

In the UK, they have presence in luxury department story Fortnum & Mason and in Ireland, it can be bought on selected stores in Dublin and Wicklow such as Whelehans Wines, Green Man Wines, Mitchell and Son and La Touche Wines, the retail price is around €22 to €25. “There are a lot of flavours in Ireland that haven’t been fully explored yet”, says Pamela, who is doing her bit for Irish strawberries. Despite Móinéir being a newly launched product, there is an informed optimism in Pamela and Brett, and as they proudly hold a bottle of their wine you can feel that they don’t just think it’s good, they know it. After a taste of their light sienna coloured, refreshing, elegant, pleasantly acidic, fruit-dominated, strawberry wine you’ll know it too. 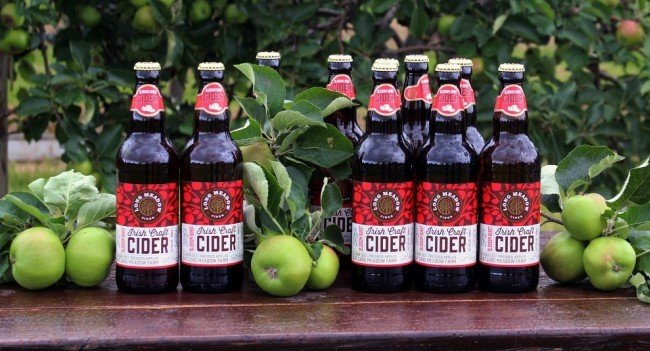 Growing a Legacy – The Long Mead… 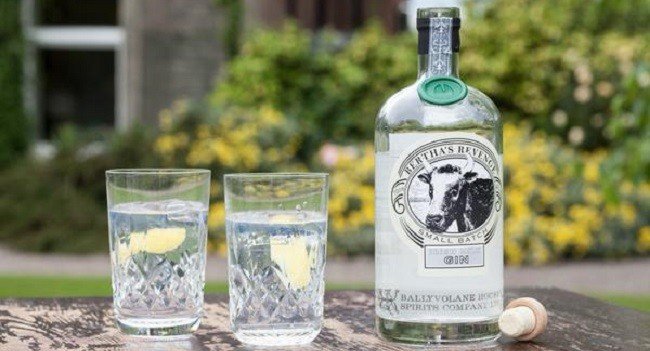 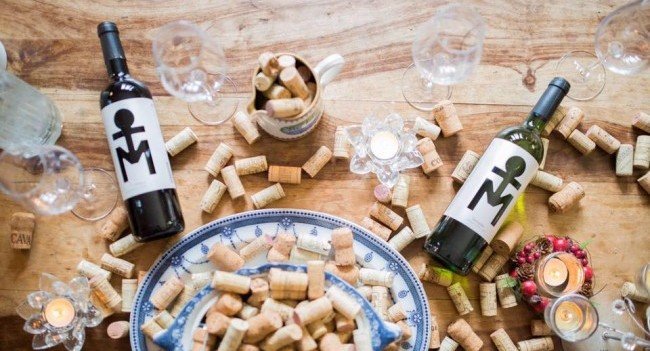 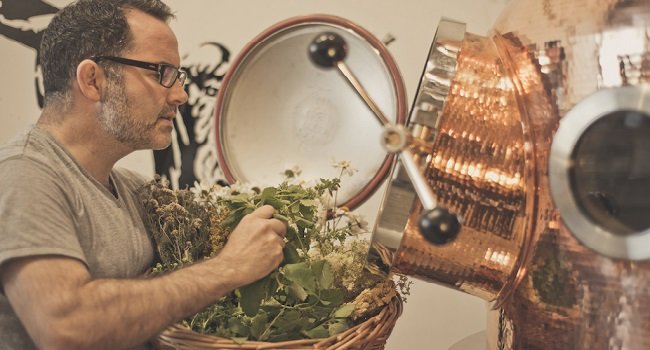