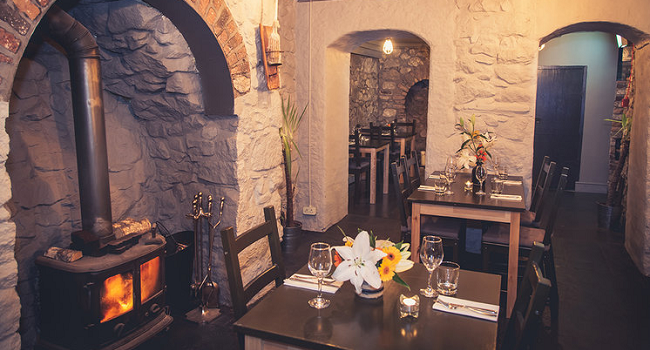 The relaxing notes of a classic guitar seemed to expand through the Mediterranean warmth of El Celler. Aromas of paprika and grilled seafood blended in the air with conversations sprinkled with laughter and the cheerfulness of Spanish accents. All your senses agree: this looks, sounds, smells, tastes and feels like Barcelona, even though your GPS says you’re in Blackrock.

In fact, you’re in a recently opened tapas and wine bar in the back of the lively Blackrock Market, but once you go through El Celler’s door, you might as well be in an intimate bar de copas in the heart of the Catalonian capital. The authenticity of the design was also present in the menu, as chef Mireia Ferrer Canals was truly keen of showcasing the real Catalonian flavours she grew up with in Penedés.

I arrived with a friend on a Friday night and as we were given a table, two menus and many smiles, we noticed several couples and small groups of friends in the neighouring seats. A semi private area was to be filled later on the evening by about a dozen guests. 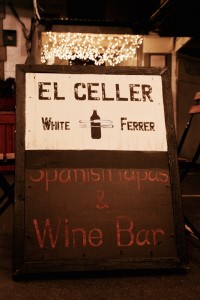 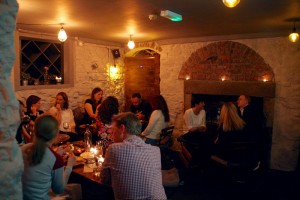 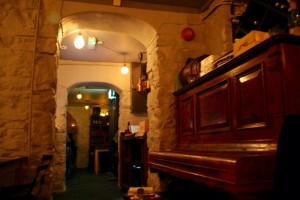 The decor of the restaurant reminded me of Woody Allen’s film Vicky Cristina Barcelona; the place’s dim lights, Iberian country style rustic walls and flooring and charming antiques were the ideal stage to forget about time. And although it wasn’t Javier Bardem, we were delighted when our wine, Castro Valdés arrived to our table, as the Albarino that our waitress suggested turned out to be just the perfect way to start the night.

The wine list was predominantly comprised of prestigious and up and coming Spanish regions as well as a handful of old world beauties. The by-the-glass selection was concise but well-though-out, however, having about forty reasonably priced options by the bottle, sharing one made a lot of sense. Bonus points here for their Cava selection, and for curating such an eclectic showcase of what different parts of Spain can offer. 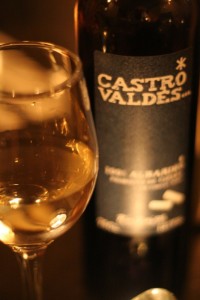 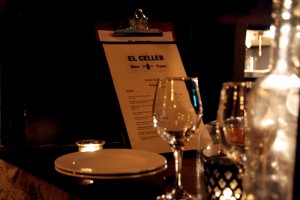 Nothing gets lost in translation on their bilingual tapas menu, where they combine a healthy mix of vegetarian, seafood and meat options, most of them under the €10 mark, which made the generosity of the portions served an even bigger and more pleasant surprise.

One quickly after the other, our tapas arrived: Asparagus with Romesco Sauce, Roasted Chicken Croquettes with Bechamel, Pork Ribs Marinated in Honey and Mustard, Escalivada (Catalonian style roasted aubergine and red pepper), and Piquillo Peppers Stuffed with Monkfish and Prawns. 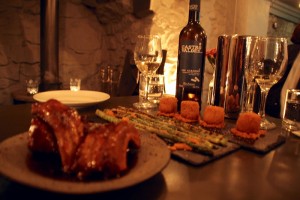 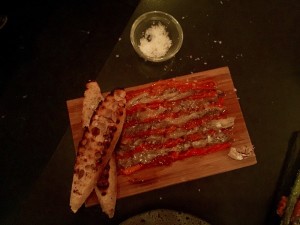 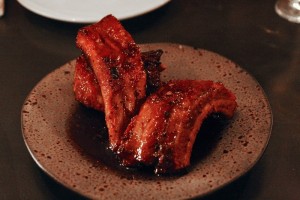 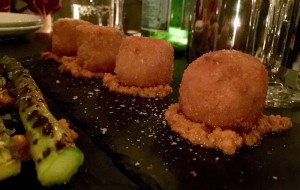 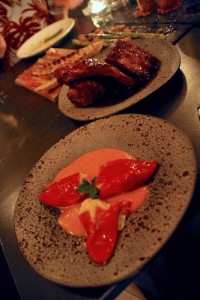 The Romesco sauce was a revelation, a traditional nut and pepper mix from Tarragona that was unexpected but addictive with the asparagus. The croquettes were crispy and well seasoned, and even palates less used to more unusual flavours would be pleased by their comforting taste. The Escalivada was a colourful and playfully presented vegetarian treat that disappeared in seconds, and the stuffed piquillo peppers offered a lovely contrast between the intensity of their veggie cover and their creamy seafood filling. Last but not least, the ribs… oh… those… juicy ribs. Not your stereotypical tapas, I’ll admit, but so ridiculously tasty that resisting the urgency to drop the fork and knife and just grab them proved to be an exercise in futility. Surrender was our only option.

Five tapas between two guests proved to be plenty, however, we couldn’t resist the temptation of finishing on a sweet note, so we decided to share a portion of churros with chocolate. Best decision ever. Freshly made, crispy and with an indulgent and abundant serve of warm chocolate dip, these are by far the best churros I’ve had in Ireland, and putting aside the embellishments that nostalgia is probably adding to those I had as a child, they’re also likely to be the nicest ones I’ve have memory of. 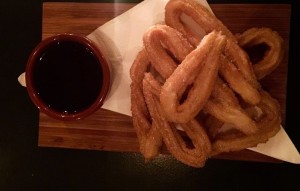 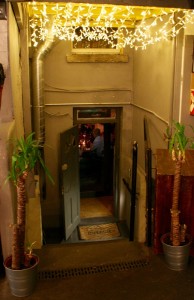 The tapas, the bottle of wine and the churros equalled a bill of €75. By the time we were leaving, well after 10:00 pm, conversations in several of the tables that were occupied before our arrival were still thriving. Stepping outside was almost like waking up, we had left Barcelona and were back in the South Dublin suburb out in the chilly autumnal night, warmed not just by our coats but by the though that such travel was possible by simply walking through El Celler’s door. 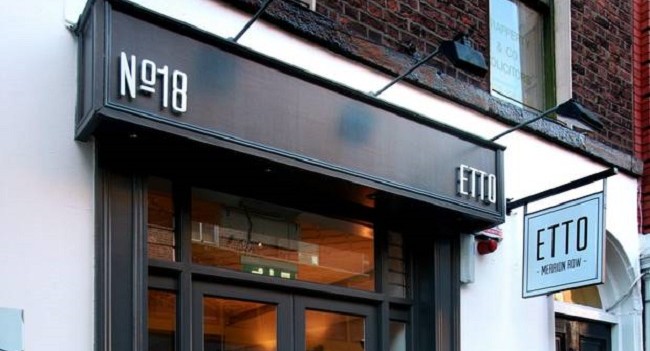 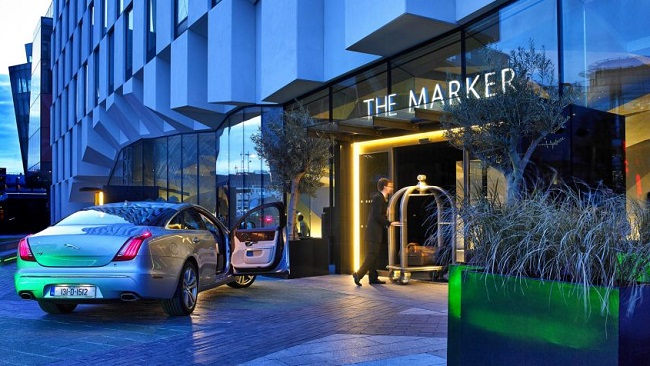 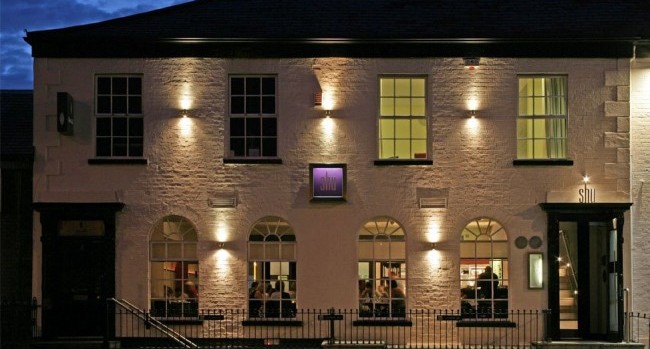 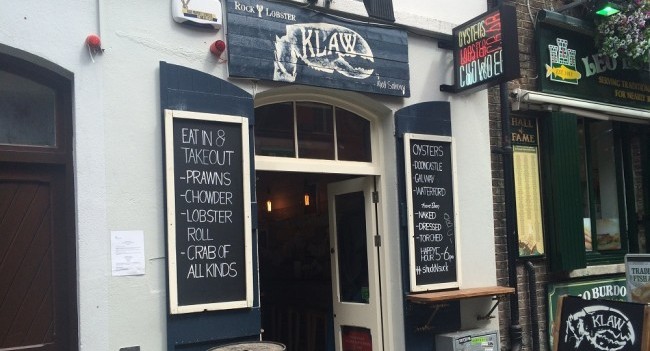