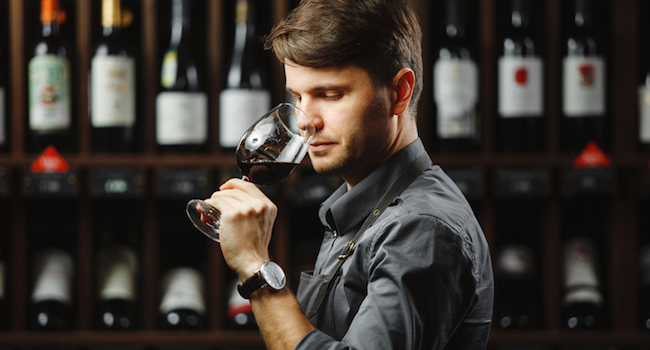 In the wine world, the twenty-tens have been the decade of more: more wine regions in our shelves, more styles in the mainstream, more information and data about our habits and choices and, more interaction between the wine community.

In the last ten years, Chardonnay and Merlot became cool again, Beaujolais was more than just a fruity cameo in November, rosé turned into a lifestyle, and sustainability is more important than ever.

We’ve listed ten wine styles and trends that have stood out in the decade we’re about to leave behind, with one representative bottle recommendation for each. Together, they’ve changed the game and given the world something different and special, or at least something to think about, so let’s take a moment to look back before we start wondering what’s next.

Would you like to #roseallday? The pink wave has hit the wine world, fuelled by thirst for visually appealing and easy to drink wine. What used to be a style favoured mostly by those who have had the privilege of holidaying in Provence, is now a fruity serve of millennial pink in a glass. A rosé blend of Grenache, Cinsault and Rolle from Côtes De Provence, France.

This delicate French rosé with a cult following has a memorable and easy to pronounce (yet glamorous) English name, and embodies the blush-by-the-pool Instagramability of the style of pink wine that has taken over the world in recent years: lean, fresh, light bodied and very, very pale.

It is made by a team that earned its wings in Bordeaux, and it has been ranked by Nielsen as the best-selling rosé wine in the United States.

Love them or hate them, influencers have changed the marketing game. From makeup to little fairy doors, one nod from the right person can transform a company. A blend of Sangiovese, Cabernet Sauvignon, and Cabernet Franc, aged between 14 to 16 months in a combination of French and Hungarian oak barrels. This award-winning Italian has not only wowed experts, it has become a status symbol in the mainstream thanks to enthusiastic endorsements by Meghan Markle.

She even named her now retired website thetig.com, in honour of her favourite wine. In this age of influencers and social media, being her wine of choice has exposed Tignanello to an audience that wouldn’t traditionally be reading about Super Tuscans (think a hyper-scrollable feature on buzzfeed Refinery29). It is a happy case of celebrity power paired with actual quality.

PROSECCO TOOK OVER THE WORLD

Prosecco has taken the world by surprise, one bottomless brunch at the time. In fact, in 2018, the Italian fizz topped Champagne as the best selling sparkling wine by volume in the UK and its rise is reflected in most key markets across the globe.

The region now works to balance growth in both quality and quantity, as well as to bring in innovation: Producers are in serious talks to allowed pink Prosecco into the DOC, and the green light might arrive very soon. A light and pale sparkling wine, tank fermented, made with from Glera grapes in the north of Italy. Fresh and fruity, made by one of the best-selling producers of Prosecco.

I’ve highlighted Mionetto as the bottle of choice given the brand’s popularity and a history that traces back to the late 19th century.

Their Treviso Extra Dry is one in ten variations of sparkling wines, most of them Prosecco.

Not since the famous Judgement of Paris of 1976, had a new world wine region earned the privilege to be considered Burgundy’s peer, until Central Otago came along. New Zealand’s rising star positioned itself as a place for premium Pinot Noir, subverting the trope of the island being Sauvignon Blanc central. Akarua comes from a 50 hectare estate vineyard with an altitude of 270 metres.

It ages for ten months in 30% new French oak barriques and is a fine example of the elegant, floral and aromatic wines the rion has to offer.

It has a subtle touch of oak, which enrishes it and gives it a fuller body, but it doesn’t feel oaky. Instead, it has plenty of aromas of cherries, cranberries and a hint of spice, with smooth tannins and a long finish.

The garagistes were a group of Bordeaux winemakers that emerged in the nineties with a concept of small-batch, no-corner-cut, high end wines. The idea felt right at home in places such as Spain, Italy and Napa Valley where producers such as Harlan Estate Winery, Sin Qua Non and Screaming Eagle rose to fame and became iconic collectibles (and quite the investment, with four-figure prices being the norm). A Napa Valley Cabernet Sauvignon that has positioned itself as one of the most expensive wines in the new world, equaling in prestige and billing some of France’s top Chateaux. Robert Parker granted it 100 points and Jancis Robinson said it is “a legend, and the legend is almost invariably told by people who have never tasted it.”

I won’t pretend I’ve had the pleasure, but I still believe it deserves a place on the list, as it embodies the concept with its aspirational appeal, its decadence and its more than subtle sprinkle of marketing magic.

[For a more “affordable” Napa Valley Cab-Sauv icon, you could treat yourself to the wonderful Insignia 2014 by Joseph Phelps Winery, available at Terroirs for €365].
PET WHAT? PET NAT!

Pétillant Naturel, also known as Pét-Nat is a style of lightly sparkling wine made with the Méthode Ancestrale, in which partially fermented wine is bottled and it develops the fizz as this first fermentation continues in the bottle.

In a decade in which hipsters went the extra mile to seek out obscure and forgotten objects to turn them into affordable post-recesion status symbols, the humble and hazy PN went down a treat. By 2015, Bloomberg had spotted the trend, and just weeks ago, a headline on Eater declared it was “so 2019.” Does that mean it’s too mainstream now? Did I mention it’s vegan? Pretty much a sip of zeitgeist.

It is a blend of four varieties: Zweigelt, Pinot Noir, Sankt Laurent and Blaufrankisch, with a delicate perlage and fruity aromas and flavours starring raspberries and strawberries.

Even among the best-selling queen of sparkling wine, there was room for artisan and smaller producers. This decade’s beginnings were not easy for Champagne, as sales plummeted after the 2008-2009 financial crash.

But as the economy improved and consumer’s pockets were again ready for fizz, the the timing was right for grower Champagnes that would often offer value and a great story, as well as a more relaxed and natural feeling, compared to the big houses, traditionally associated with glamour and luxury.

This Champagne house has under 30 hectares of vineyard and over two centuries of history under its belt. It’s run by brothers Laurent and Jean-Hervé Chiquet.

The Cuvée 741 is a blend of organic Chardonnay (the main variety), Pinot Meunier and Pinot Noir.

Its low-dosage and based on the 2013 harvest plus some reserve wines. It was vinifies and rested on its lees in oak foudres and was not fined nor filtered.

Producers big and small are becoming increasingly aware of the impact that climate change will bring into the vineyard. Harvest come sooner, regions experiment with grape varieties that will react better to the heat and environmentally-conscious consumers demand lower carbon footprints and higher respect for nature. Three times this decade, Penedès-based Familia Torres has been acknowledged as the world’s most admired wine brand (according to the ranking by UK-based magazine Drinks International). It has become a vocal advocate of sustainability in winemaking, pledging to build a sustainable production model where energy and water are responsibly managed and biodiversity is protected.

Celeste Crianza is one of Torres’ flagship wines, a 100% Tempranillo from Ribera del Duero, aged in oak for 12 months, with grapes coming from vineyards in Fompedraza (Valladolid) at an altitude of 900 metres.

At the start of the decade, “orange wines” (a.k.a. “amber wines”, “skin contact wines”) were pitched as the next big thing. While truth is, we’ve seen more of them in headlines than at dinner parties, but ten years later their influence is undeniable: in 2018, Aldi launched its own orange wine, and if that’s not making it to the mainstream, then what is it?

That same year, the New York Times best wine book was Amber Revolution, by Simon J Wolf, a kickstarted ode to the style. And while they’re still relatively niche, it is fair to expect their precense at most wine shops and even some supermarkets, and they’ve earned a place in restaurants with celebrated wine lists. This intense wine from the Languedoc is made from Marsanne grapes fermented on the skins and stalks for two weeks. If you’re looking for a gentle introduction to the world of orage wine, keep walking (or try its lighter sibling, Le Blanc), but if you want a big, explosive, grippy taste of what skin contact can produce, indulge. Expect a palate charged with salted almonds, mango, apricots and marmalade, with a firm tannin to bind it all together.

The easiest, clearest way to observe the worldwide growing interest in Malbec is to have a look at this chart made in Google Trends. One of the many reasons for its boom was the marketing win known as Malbec World Day, which was launched by Wines of Argentina on the 17th of April of 2011 and features global celebrations of the variety.

The area cultivated with Malbec in Argentina doubled between 1998 and 2018, and 103.1 million litres were exported that year (a jump of 1,600% from 2002). With all the hype, a trend towards premiumistation and the production of high-end Malbecs from smaller and distinctive sub-regions (such as Uco Valley, Salta or Luján de Cuyo) has helped protect the reputation for quality. This estate grown and bottled wine from Mendoza is a great example of the finer side of Argentinian Malbec. Mendel Winery combines the expertise of one of Argentina’smost respected winemakers, Roberto de la Mota, with the passion and heritage of a established family.

The wine is made with fruit from old vines, grown in an altitude of 1,000 metres above sea level, aged in French oak for 12 months (a combination of new and used barrels). It’s well-rounded and intense, with a lovely balance between ripe black fruit, spice and a hint of cocoa and toast.