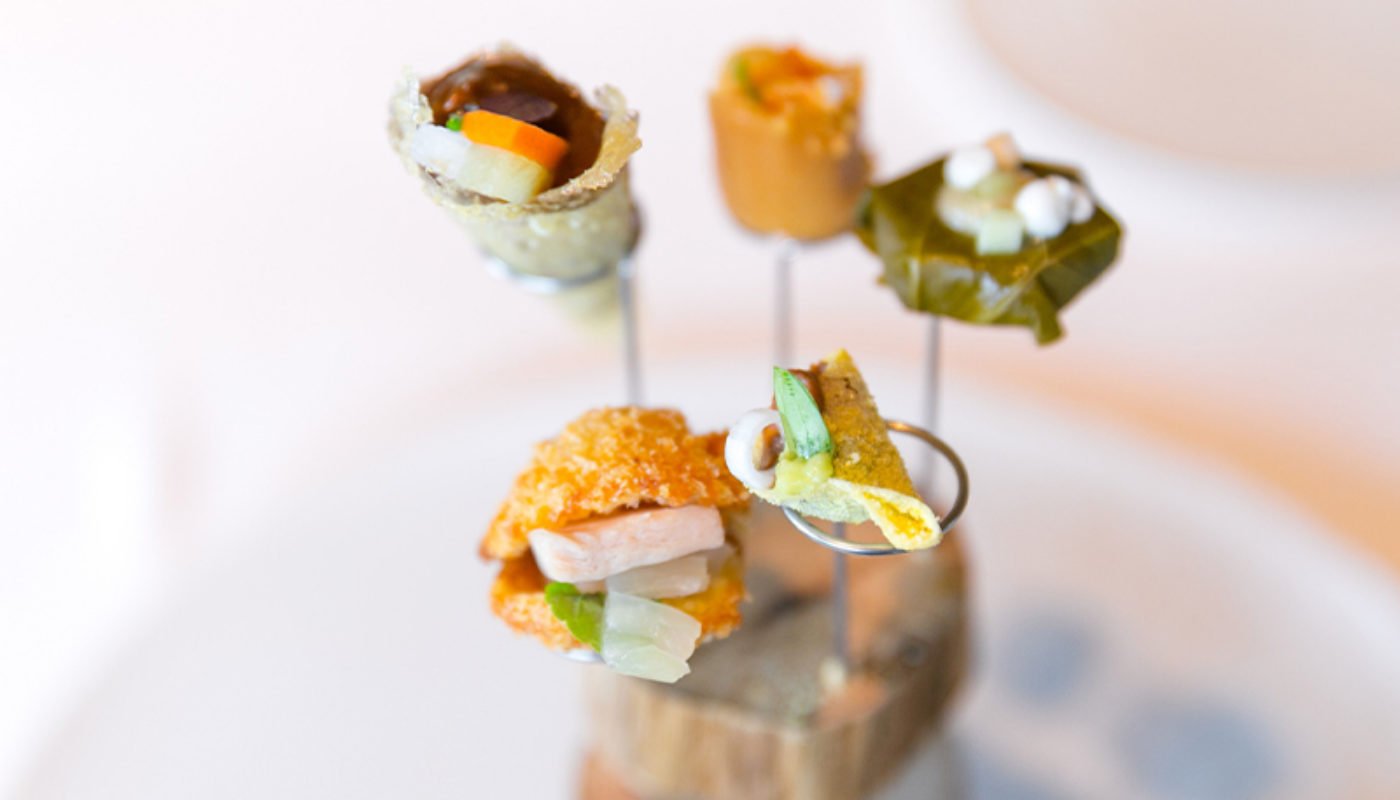 Home » A culinary guide to exploring Spain by OROKO Travel

We’re constantly evolving as world explorers and have developed a strong appreciation for our past, most notably through culinary traditions. Food is synonymous with culture, it is engrained in history and it is a part of identity. Today, we’re examining Spain, a destination that has risen to the top of food lovers’ bucket lists in recent years. Its cuisine is incredibly diverse thanks to its varied landscape and provincial identities, but also its dramatic history. From Moorish invasions to the Reconquista, the Spanish conquistadores and the colonial empire, each and every one of Spain’s regions have a story to tell, especially through their food.

Consider the culinary impacts of Al-Andalus or the Jewish legacies and traditional Sabbath dishes that form part of Andalucía’s culinary repertoire. Up North, examine the ingredients brought over from the New World and watch history in the making as you witness the sensational number of fine-dining and Michelin-starred restaurants in destinations like San Sebastián.

OROKO Travel, Ireland’s only luxury tailored travel business, are leaders in bespoke travel and have a penchant for tailoring culinary holidays. OROKO have the guides and the partnerships in all of the right places to introduce you to Spain and its culinary identity. Feel inspired as you discover OROKO Travel’s top four destinations for luxury culinary holidays to Spain.

Andalucía’s cuisine is hugely influenced by its Jewish communities and the Muslim invasion of 711AD. Renowned cookbook by Claudia Roden, The Food of Spain, explores the connection between history and food. Spain is a country where history and gastronomy are intertwined, where dishes and cooking techniques pinpoint major moments in history. Consider the Muslim invasion of 711AD, where the culinary impacts of Al-Andalus live on to this day. Moorish recipes like albondigas and escabeche, and staple ingredients such as rice and saffron were brought over to Spain during the invasion. As we delve deeper, we realise that small nuances in Spanish cuisine are a result of its storied past. The hanging legs of Iberian ham outside homes and the tiny cubes of jamón that are present in soups and vegetable dishes stem from the fact that Muslim and Jewish residents would need to fake Christianity, and thus hide their religious prohibition against eating pork to avoid persecution during the Spanish Inquisition.

Next time you travel through Andalucía, particularly in Granada and Seville, discover the momentous Moorish and Jewish legacies left behind. As ingredients like dates, ginger and pomegranate feature in traditional recipes, and much-loved dishes like paella, featuring saffron and rice, and turrón, a sweet made with almonds and honey, feature on your travels, marvel at the deep culinary legacy of the past still evident today.

Basque Country may be small, but its global reputation in the culinary world is huge. The coastal city of San Sebastián is home to the masters of Basque cooking. The culinary hub of Spain, it exceeds and excels at all gastronomic offerings, from laid-back pintxo bars to avant-garde fine dining.

OROKO has tailored a food lovers’ road trip through Spain that not only highlights the iconic city of San Sebastián but combines it with lesser-visited culinary hubs like Elciego, Biscay and Bilbao. Start in San Sebastián and get your fix of sensational pintxos like cod cheeks (kokotxas) and gambas a la gabardina in Bar Martínez, one of the best pintxo bars in town. Enjoy elegant dining experiences at contemporary restaurants like Narru, Mirador de Ulía (promises exceptional views) and of course, eMe Be Garrote, a restaurant owned by one of Spain’s most loved Michelin-starred chefs, Martín Berasategui.

Set out on your road trip, leaving the city for Elciego, home to Hotel Marqués de Riscal, set in the vineyards of its namesake wine. Enjoy a Michelin-starred feast, wine excursions and vinotherapy treatments at the luxury spa. Next up is Biscay (Bizkaia), where you’ll swap foodie experiences for fresh, ocean air and the Urdaibai Biosphere Reserve. Then it is time to return to city life once again, to sample the incredible eateries and food markets of Bilbao.

Where all regions bring together their offerings in the celebrated restaurants and historic food markets, feel like a true Madrileño as you experience the very best of Spanish cuisine. Emilie Lynam, Acting Marketing Manager at OROKO Travel, has lived in Spain and says food is part of the Madrileño lifestyle: “Everything is revolved around food, and you can see how proud Spanish people are of their culinary heritage. A Sunday may consist of a coffee and a pastry – ensaimadas are my favourite – in a neighbourhood pasteleria. Before lunch, enjoy an aperitivo with friends in the city. Spend midday enjoying a glass of wine, some olives, jamón ibérico and perhaps some pintxos of Spanish omelette (best enjoyed in Casa Dany).”

For evening dining, Madrid is like the rest of Spain; dishes are to be shared in a tapas style. As of late, culinary trends emerging in the city revolve around fusion dining. Renowned chefs are setting up fusion restaurants in the city, celebrating the flavours of Nikkei for example, the Japanese-Peruvian culinary movement.

To integrate Madrid into your culinary holiday, use the city as your base as you venture further out to ancient cities like Segovia and Toledo. Segovia is famous for cochinillo (roast suckling pig), while Toledo is renowned for marzipan and migas, a humble ‘peasant food’ dish of fried breadcrumbs, usually accompanied by meat and a fried egg. Return to the capital to sample Madrid’s most famous dishes such as a bocadillo de calamares in the Plaza Mayor, chocolate con churros and of course, cocido Madrileño, a traditional stew believed to be of Jewish origin.

Michelin stars and time-honoured recipes surround you in Spain’s region of Catalonia. A regional cuisine exemplified by a combination of avant-garde techniques and traditional dishes; Catalonia’s gastronomy is a model of excellence. OROKO recommends starting in Barcelona, a cultural metropolis renowned for its magnificent Gaudi creations, most notably the Sagrada de Familia. Combine culture with gastronomy as you stroll through the city’s streets to find its most famous dishes. Start the day with pan tumaca, a signature tomato and jamón toast dish that is considered a staple of Catalan cuisine. Enjoy lunches and dinners featuring classics like esqueixada (ceviche-style salted cod salad), suquet de peix (fish stew) and fideuà, Catalonia’s version of paella that is made with fine noodles and fresh seafood.

Leave the city for the Costa Brava, a beautiful stretch of coastline where rocky coves and traditional fishing villages define the landscape. After a beach escape and plenty of fresh seafood, head to Girona. It is the home of El Cellar de Can Roca, a contemporary restaurant run by the Roca brothers: Joan, Josep and Jordi. The OROKO team are avid food lovers and did not miss the opportunity to try it out themselves; “To say that El Celler de Can Roca is an experience is a dramatic understatement. The meal consisted of 15 courses, although this excluded three spectacular ‘introductory dishes’, and the sweet trolley! To extract the most out of the food, of course, we also opted for the paired wines which consisted of 18 different wines from around the world, from sake and Sancerre to sherry.” Holding three Michelin stars and twice-voted the world’s best restaurant, it is a must-visit for foodies exploring the region of Catalonia – but beware, the waiting lists are long!

OROKO are Ireland’s only dedicated luxury tailored travel business. A team of luxury travel agents passionate about the world who create experiential, personalised luxury holidays from Ireland. Having travelled far and wide to discover the world’s culinary hotspots, OROKO will tailor gastronomic experiences all over the world, from the food markets of Lisbon and Porto to the neon-lit streets of Tokyo and Osaka.