Chefs Cook 5,000 Meals a Day With Surplus Food from the Olympic Village 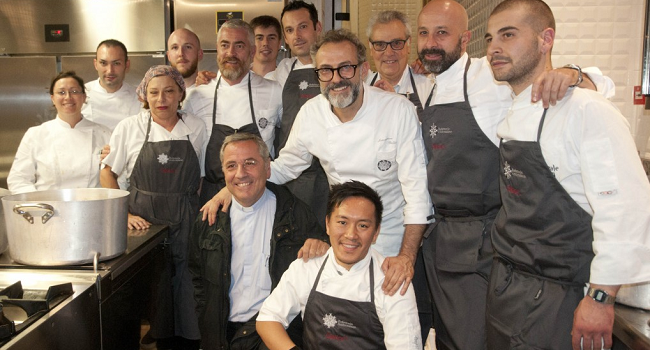 Globally renown Italian chef Massimo Bottura and Brazil’s David Hertz, launched RefettoRio Gastromotiva, an initiative to feed Rio de Janeiro’s hungry by cooking surplus from the Olympic Village, where 11,000 competitors are hosted. Its goal is to supply 5,000 meals a day using ingredients that would have ended up in the bin.

As reported by the Independent, the Olympic Games have received harsh criticism due to the costs of its organisation, especially given Brazil’s economic crisis and poverty.

Gastromotiva defines itself as “a Civil Society Organization of Public Interest (OSCIP) which aims to transform the lives of the socially vulnerable through food. And one way we do this is with Vocational Kitchen Training.” The association, founded in 2006 is planing to open soon in other cities of Latin America.

Besides working with Bottura and Herts during the Olympic Games, it has partnered up with companies and organisations such as Instituto Carrefour, EpicFoundation, Sapore and the Bernard Van Leer Foundation.