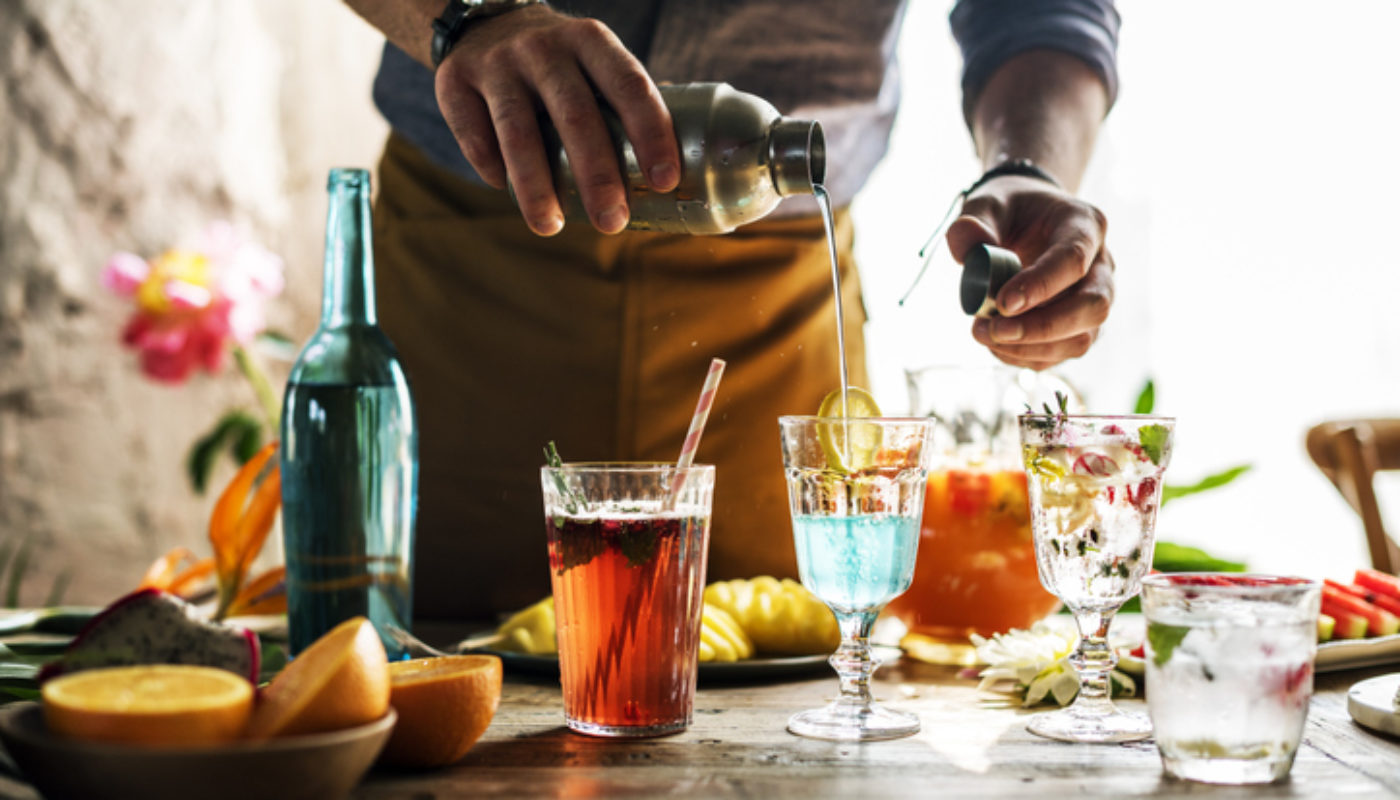 Eurovision is the perfect time to get together with family and friends, now that restrictions are lifting, and celebrate European culture.

What better way to get into the spirit than treating yourself to some of Europe’s best delicacies while you relish in the drama of the iconic song contest?

Alliance Online Ireland have pulled together 5 delicious European cocktails to try while you enjoy the show.

This delicious cocktail was created by and named after the Mayor of Dijon, Felix Kir, in Burgundy. He was a fan of using local produce and mixed local white wine with local blackcurrant liqueur (crème de cassis) and created the original version of this drink, Kir. He swapped the white wine for champagne on special occasions and Kir Royale was born.

Method: (serves 1) pour 1 tbsp crème de cassis into a champagne flute and top up with chilled champagne. Add a squeeze of lemon for a zesty twist if you like.

Aperol Spritz – a classic Italian cocktail made with Aperol, prosecco and soda.

Brothers, Luigi and Silvio Barbieri, created the vibrant liqueur in Padua, a city in Northern Italy’s Veneto region, in 1919 but it wasn’t until when Veneto became trendy in the 1950s the Apreol Spritz cocktail rose to fame.

Method: (serves 2) put a couple of ice cubes into two glasses, add a 50ml measure of Aperol and 75ml of Prosecco to each glass, top up with soda and garnish with a slice of orange.  If you prefer something less bitter, use sparkling rose instead of prosecco and fruit flavoured soda for a sweet twist.

Fun fact: it is often described as an Italian sunset in a glass due to its orange hue.

The origins of this wine punch remain unclear. Some say it was invented by Romans thousands of years ago when they conquered the Iberian Peninsula and made alcoholic drinks to drink instead of water as the water at that time was unsafe to drink. Others believe that it was invented in 1964 in New York.

Method: (serves 6) muddle 2 roughly chopped oranges in a large jug and mix in 750ml dry, light red wine and 100ml brandy. Leave this mix in the fridge for at least 1 hour to allow the flavours to steep. Add 400-500g mixed fruit, a handful of ice cubes and stir in 500ml lemonade. If you’re not a fan of red wine, opt for a Chardonnay or Chenin Blanc and make white wine sangria instead.

Fun fact: the name derives from “sangre” which is Spanish for blood.

Ouzo Lemonade – a simple cocktail made with the iconic Greek drink, ouzo.

The history of this anise flavoured high alcohol spirit is surprisingly short. Nicholas Katsaros and his family opened the first ouzo distillery in 1856, which still produces ouzo today. In 2006, the Greek government ruled that ouzo can only be made in Greece.

Method: (serves 1) add 4 tbsps ouzo, 3 tbsps lemon juice, 3 mint leaves to a glass and muddle them to release the flavours. Add 1 tbsp of honey and mix until it dissolves. Top up with 80ml water and enjoy. If you find the taste of anise too strong, you could try adding crushed mixed berries for a fruity twist.

Fun fact: ouzo is a clear liquid but when water or ice is added, it turns a mesmerising milky-white.

This cocktail is named after the White Guards who fled abroad following defeat in the Russian Civil War of 1918-22. It was not considered to be very popular until the release of the film, The Big Lebowski, where a White Russian was the main character’s drink of choice.

Method: (serves 1) mix 60ml vodka, 2 tbsp Kahlúa and 1 tbsp cream. Put some ice cubes into a small tumbler and pour the cocktail over the top. Add a sprinkle of cinnamon for a spicy-sweet kick.

Fun fact: These flavours taste incredible when frozen and in fact, Ben and Jerry’s, had a White Russian ice cream flavour in 1986-1996.