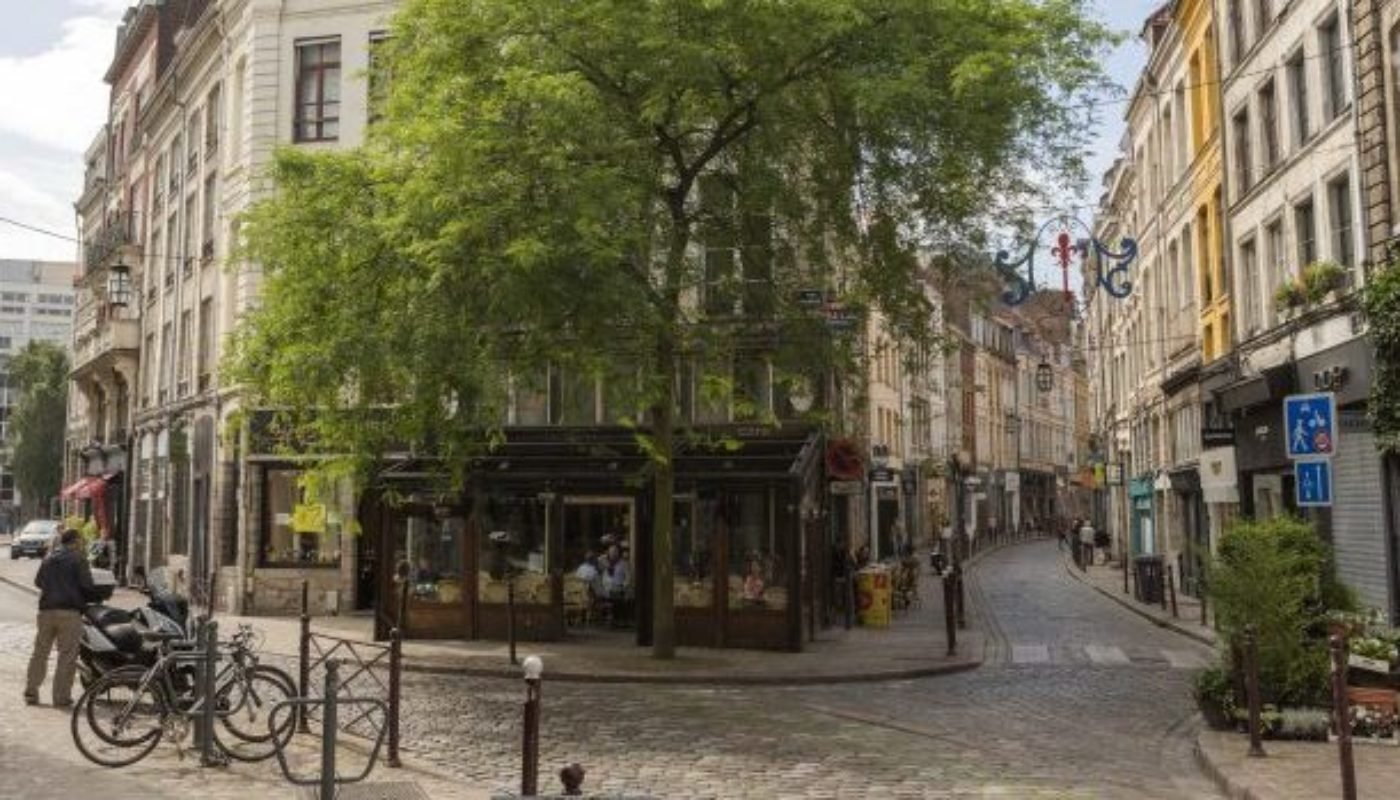 Located in northern France, in the Nord-Pas de Calais region, and close to the border of Belgium, Lille is known throughout France for its busy cultural life (enhanced by a sizeable student population) and an elegant city centre. Very easily accessible by bus and taxi from Lesquin International Airport, the city is this year in the midst of the Lille 3000 biennial arts festival, which runs until December 1st. As suits a city already brimming with cultural events, Lille 3000 is a cherry on top of an already pretty cake, and will feature Mexican-themed art exhibitions, food events, street art, and music.

WHAT TO SEE AND DO Forget your Kindle or your iPad, and head to Lille’s main square, where a former stock exchange, La Vieille Bourse, opens its courtyard for culture of many kinds. Dating from the 1650s, this gorgeous building is choc-a-bloc with bookstalls, street musicians, chess players and (if it isn’t raining) dancers. From the 1980s, there have been resident booksellers that display thousands of rarities in hardback, and difficult-to-find paperbacks. You will discover English-language books here, too, as well as vintage comics from the Marvel and DC range.

If you are into design as much as food, take a 20 minutes Metro trip from Lille to Roubaix, where

Alongside fashion, there is an abundance of art in Lille, and one of the best contemporary art galleries is Cedric Bacqueville (32 Rue Thiers; galeriebacqueville.com). With the motto of ‘art is my air, my blood, my food – those who make it are my family’, the gallery is a sparkling showcase of talent, some local and some from further afield.

For something a tad more down to earth (quite literally), a visit to the Museé d’Histoire Naturelle (19 Rue de Bruxelles; mhn.lille.fr) is advised. Dating from the 1820s, the building is one of the country’s most noteworthy natural history museums. Perfect for families as well as for curious adults, expect to gaze in wonder at dinosaurs, live insect installations, skeletons and thousands of stuffed animals. If the sun is shining after your visit here, walk over to the nearby Parc Jean-Baptiste Lebas for a sit-down and a breather. In many ways, the park is a signifier as to how Lille has altered over the past 20 years – it used to be a car park!

To sample a firm hint of genuine, local life visit the neighbourhood of Wazemmes on Sunday, Tuesday or Thursday mornings, when the open-air market presents a persuasive range of world foods. From local produce to food from countries that include Albania, Portugal, Italy, Moldavia, Sri Lanka and Afghanistan, the square is stuffed with trucks, boxes, stalls and shelves. The covered food hall, meanwhile, is open from Tuesday-Sunday, and focuses on local specialities like maroilles cheese (noted for its forceful aroma) and jars of potjevleesch (potted meats such as pork, chicken, rabbit, and more like a terrine than pâté). Over the past five years, Lille has been gaining a hefty status as one of France’s smartest foodie cities. One of its most reputable streets is Rue des Bouchers, which has more restaurants along it than you can manage to eat in across a full weekend. Well worth a look-see on this street are Bloempot (bloempot.fr), overseen by Michelin-starred chef Florent Ladeyn and Kevin Rolland, whose menus include the very best of local farm-to-fork produce. Le Petit Bougnat (lepetitbougnat.business.site) has a nifty line in very reasonably priced cheeses and charcuterie. Meanwhile, its next-door neighbour, Ripaille (ripaille-lille.fr) is, per its website, “a convivial canteen, place of life, meetings and sharing.” Local producers such as Philippe Olivier (cheeses), Alex Croquet (breads) and regional craft brewers such as La Brasserie du Pavé and L’Atelier des Brasseurs take pride of place here in an exceptionally well-designed, uncluttered space. For a toothsome snack between meals, you should try Meert (27 Rue Esquermoise; meert.fr), a 17th century tearoom and patisserie that is much in demand most times of the day (in other words, prepare to queue). This pastry shop dates back to the 1760s and enjoys a justified reputation for producing the country’s best waffles. The shop’s USP is their gaufres, tiny slivers of chewy waffles filled with either their ‘classic’ (Madagascan vanilla) or seasonal ingredients (including blackberry pepper and speculoos cream). As usual, you’re spoiled for choice, so the following is a personal selection. For the kind of old city elegance that takes hundreds of years to distil, book into the Grand Hotel Bellevue (5 Rue Jean https://www.thetaste.ie/wp-content/uploads/2018/05/La-Reserve-8-1.png; grandhotelbellevue.com). At 60 rooms, you could loosely describe this as a boutique hotel, but back in the day that’s the way hotels were made – the word ‘boutique’ meant something else. Times change, of course, and while the Bellevue has the usual trimmings of sizeable flat-screen TVs, marble bathrooms, wide desks, and large beds, it still retains its signature grandiose décor. Trust me – as soon as you walk into the main lobby you’ll be trapped by its style. Another classy place to rest your head is L’Hermitage Gantois Hotel (224 Rue de Paris; hotelhermitagegantois.com), which dates from the 15th century, and which is so upscale you might need a head for heights. All rooms are individually decorated, and if you don’t fancy heading out into Lille for a meal its three eating options (casual brasserie, formal room, bar) will see you right. There are courtyard views from some of the rooms, and there is also an in-situ trés chic spa. For something friendlier for your bank account, you could do much worse than checking into the four-star Hotel Carlton (3 Rue Pierre Mauroy; carltonlille.com), which is situated in the centre of Lille. It boasts comfortable, somewhat generic rooms, but the breakfast is great (French pastries to die for, and so on) and with the likes of Old Lille, Vieille Bourse and Grand Place on the doorstep, its location is perfect for either a business or a pleasure trip. It might be a three-star, but the Best Western Urban Hotel & Spa (48bis Rue de Valenciennes) is one of the most surprising and impressive hotels in the city. Thoroughly contemporary, its colour scheme of bright white and burgundy red is art-lover heaven. If you’re that way inclined, meanwhile, the hotel is very close to La Gare Saint Sauveur, one of Lille’s most splendid art exhibition spaces.