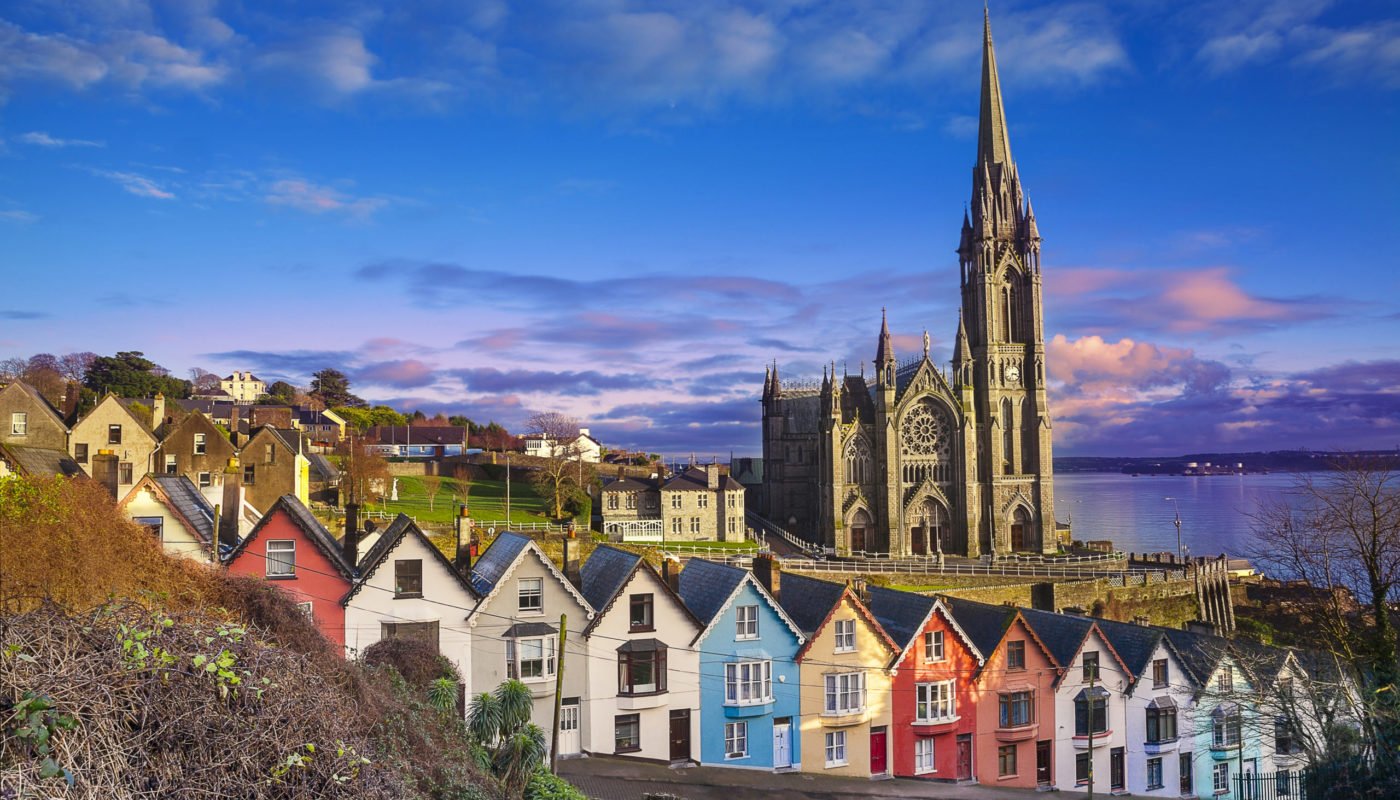 Seasalt Café & Deli is an unexpected and very welcome foodie find in Cobh. It runs to the beat of its own rhythm, which means it opens by around 10am and closes by around 4pm. This is great news for the busy, smart people running it, but dreadful news for anyone looking for something beyond the standard fare to be found elsewhere in the town after 6pm. You rarely go to a small café two days on the trot, but we visited this cosy, busy place because the food is very different and very, very good. The menus change regularly, so if you don’t get a Granola Pot (maple and coconut granola, blueberry and orange compote, yoghurt) one week then you might get Divorced Egg with Gubbeen Chorizo (organic fried eggs on tortilla, salsa verde sauce, salsa ranchero, refried beans and crumbled feta) the next. Easily a contender for Best Brunch in Ireland? Easy-peasy, we say. (Closed Mondays/Tuesdays.)

One of the most pleasant things we did cross two days in Cobh was to stroll along the promenade. Yes, it sounds like a very ‘Bridgerton’ thing to do, but there’s none of that snooty stuff here. Built around the freestanding cast-iron octagonal bandstand (manufactured in Glasgow, and placed here around 1900), the promenade area is perfect for idling. One of the more noticeable items to read as you lick your ice cream is the ‘This Place Is For You’ poster, which was placed prominently here by Cork County Council. It is very Cork, like, highly amusing and very emotive.

A small corner bar named after RMS Mauretania, which at its launch in 1906 was the largest passenger ship in the world (a year later, it would be deemed the world’s fastest). In 1912, the Mauretania was docked at Cobh (then named Queenstown), and by 1934 had been decommissioned. The titular bar has some poignant reminders of the ship’s history and is a casual place to enjoy a beer or two as you people watch.

Located down a short side alley beside the Titanic Museum, the Titanic Bar & Grill (one the Ticket Office for the White Star Line) is a smart restaurant that blends traditional fare (starters include chicken wings/skewers, calamari, seafood chowder; mains include beef and chicken burgers, fish and chips) with a nice line in relatively exploratory cuisine (from starters of Duck Leg Bonbons and Korean Cauliflower Bites to mains of Tempura Fried Tandoori Chicken burger and Spicy Sausage and Roasted Red Pepper Rigatoni pasta). Highly recommended.

A post shared by Titanic Bar and Grill (@titanicbarcobh)

Yes, we know Belfast has the mighty Titanic Museum, but Cobh also plays its part in the tragic history of the titular cruise liner through this engaging and part-interactive visitor attraction. It might not have the depth of ‘experience’ as its Belfast cousin (frankly, what could?), but you’ll pass an enjoyable hour here that will expand your knowledge of how Cobh remains an essential component of the story.

What a history this pretty three-star hotel has: it is one of the first purpose-built hotels in Ireland, having opened its doors in 1854 (as The Queen’s Hotel, celebrating the first visit to Ireland by Queen Victoria). The hotel retains its original charm: high ceilinged rooms, large windows, and Georgian features. Over 20 of the hotel’s almost 50 rooms overlook Cork harbour, the second-largest natural harbour in the world. Really smart staff and a can-do approach to assisting queries are the plus points. The only negative was something we didn’t expect in such a lovely hotel: the bar’s cocktail list needs a complete overhaul.

So good we had to visit twice. See Day One. (And if there had been a Day Ten, we’d have been there, as well.)

Oh, boy, the queues! Thankfully, we were on the right side of the road to gain easy access to this wonderful 100-acre park, which is located less than 10km from Cobh. As one of Ireland’s most popular paid visitor attractions, your best bet is to plan ahead, wear firm walking shoes/boots and prepare to see up close and personal (well, not too personal) up to 30 mammals, some of which just saunter around, and 50 bird species. Plus points? There are loads of places to sit down, grab a coffee and animal watch.

If you’re looking for a mid-afternoon and wholly indulgent snack, then Scoops Gelato – situated right beside the Titanic Museum – is the destination, especially on a hot summer’s day. A very compact space hides a multitude of handcrafted artisan ice cream, and while you can have a cone with this flavour and a cone with that flavour, we wholeheartedly recommend going for the beyond sinful Hot Ice Cream Doughnut. What’s that, I hear you ask. Well, it’s kinda like what it says on the tin: a heated doughnut filled with the ice cream flavour (or flavours) of your choice and then smothered with Nutella sauce. Sometimes, you just gotta let it go, right?

Located in the Waters Edge Hotel, which is (you’ll never guess) right by the quayside, this is a decent hotel restaurant that ticks all the boxes. The views towards the harbour are invigorating, while the menu veers towards the tried and trusted (steak, lamb, fish). Factor in very efficient staff, a sunny room, and – if the weather is behaving itself – an outdoor decking area, and you have a good option.

A few miles from Cobh and somewhat more stylish than the town’s modest hotel accommodation, Fota Resort Hotel is as much a treat for the senses as it is a riot on the credit card. Set amidst a 780-acre private island, natural woodlands and three championship golf courses, the resort boasts (and, yes, it really does boast) over 120 highly swish rooms and eight suites. The dining options are also much better than what you would get in Cobh, so if you can’t reach the figure for an overnight stay (but try to, if you can!), why not book a table at the resort’s superb Fota Restaurant?