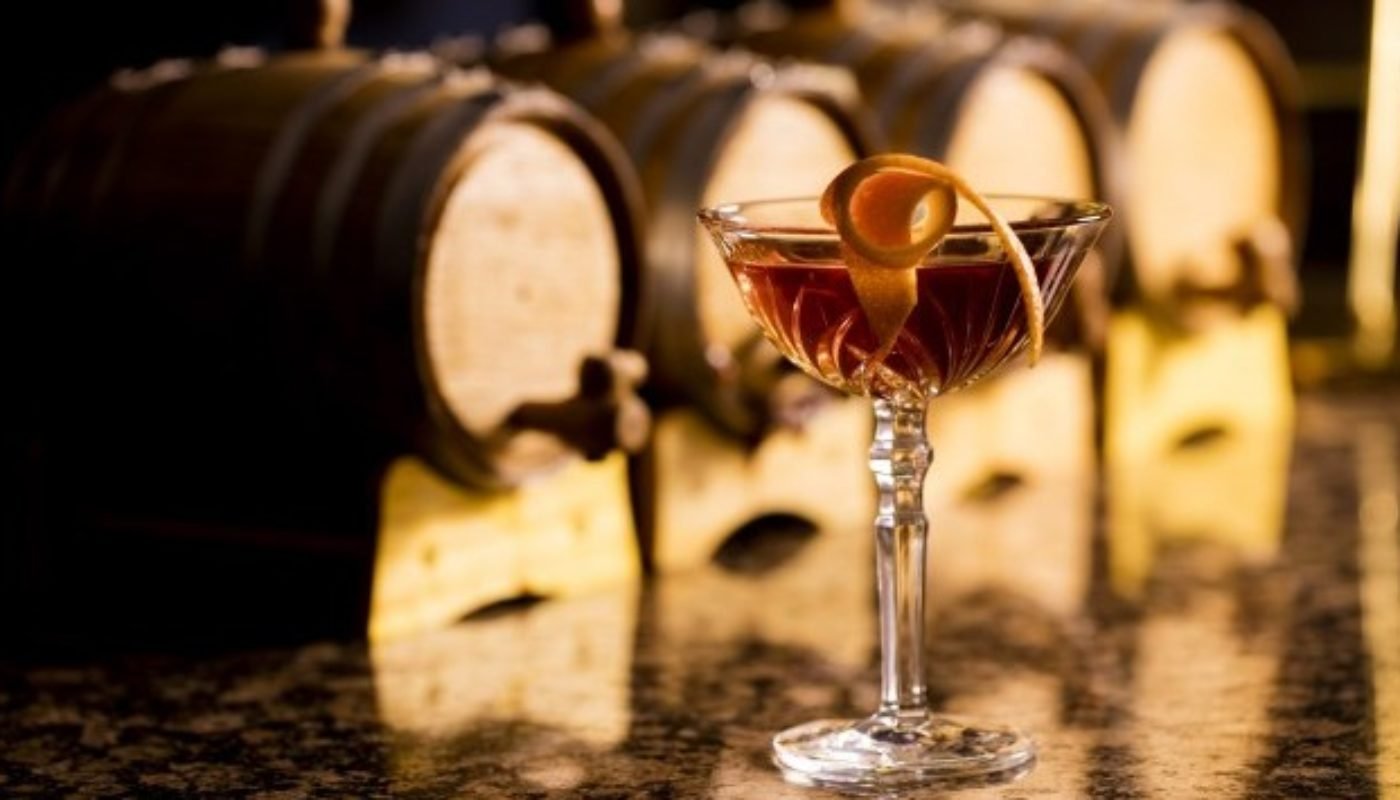 The Mint Bar has launched a new menu of mixed drinks, specially created to honour the history of Dublin city and mark the centenary of the 1916 Easter Rising. The 16 Rising menu takes guests on a journey through central Dublin, with a map highlighting volunteer and British strongpoints in The Mint Bar’s surrounding area. The Mint Bar itself is located in an old bank vault underneath the five star Westin Dublin hotel, part of which was once a Royal Irish Constabulary station, where Michael Collins was held during the Rising. Method
Add all ingredients to a cocktail shaker with ice. Shake and double strain. In The Mint Bar, the cocktail is then carbonated using the in-house carbonation system, which ensures that the ingredients are not watered down, and hold their sharpness and full flavour. At home, you could charge the cocktail with soda for a similar fizz effect. Finally, garnish with lemon peel. Method
Add all ingredients to a mixing glass and stir with ice until desired temperature is reached. At The Mint Bar, the liquid is then added to an oak barrel and aged for 6 weeks to enhance flavour. In The Mint Bar, the Smokin Old Fashioned is served in a large, smoke-filled medicine bottle and smoked with wood chips in a smoking gun. For a sweeter Old Fashioned, use sugar syrup instead of a sugar cube.

For more information on The Mint Bar at The Westin Dublin, please visit www.themintbar.ie, call 01 645 1322 or become a fan on Facebook at www.facebook.com/themintbardublin. #MintBar