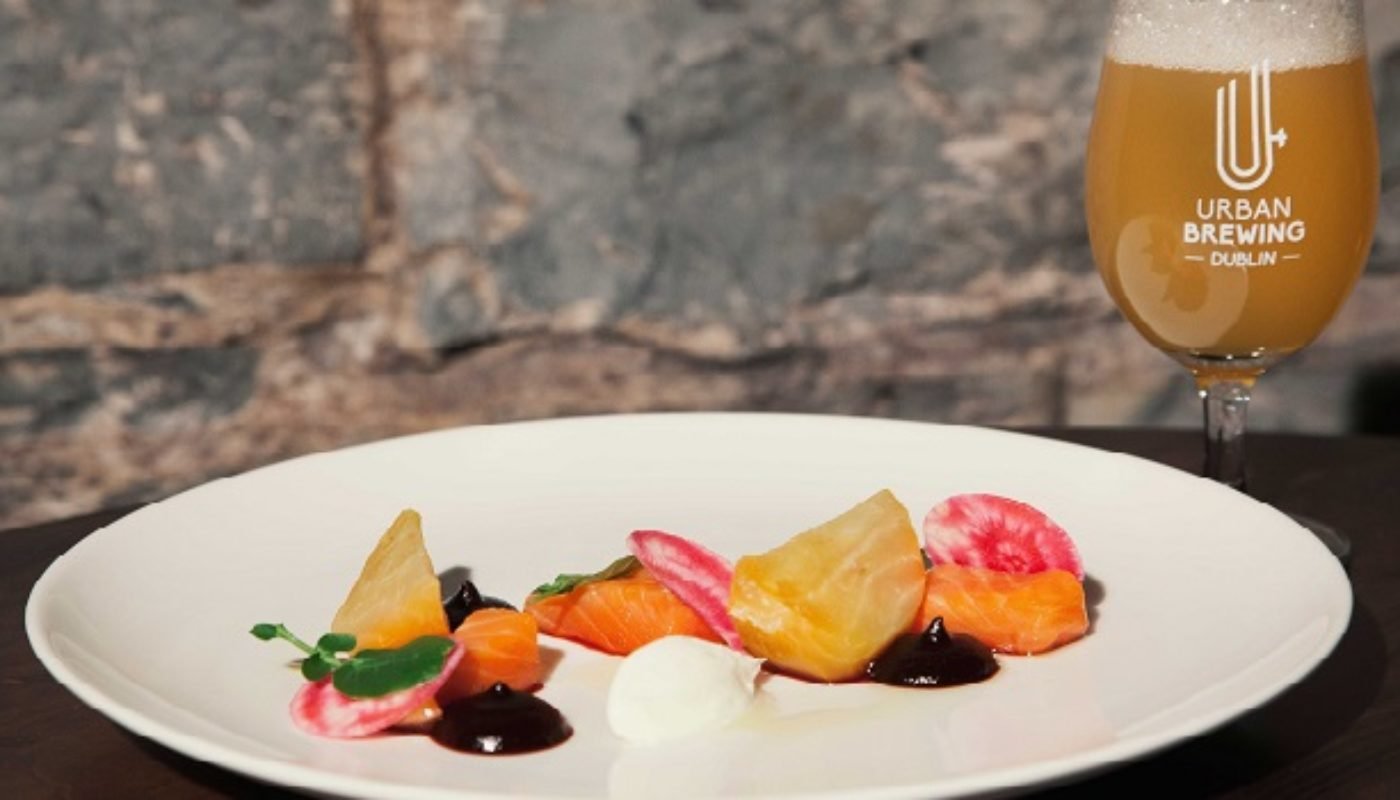 This Dockland Dinner Venue will Allow You to Discover the Unexpected

Stack A Restaurant at Urban Brewing in the heart of the Dublin Docklands has launched a new menu – “Discover The Unexpected” Beer and Food Pairing Menu. Experience the joy of surprising flavour combinations by matching specially selected dishes with craft brews.

The four-course menu is a celebration of the versatility of beer, showcasing how its pairing with food can elevate a dish, while the food simultaneously brings out the beers’ kaleidoscope of flavours, aromas, and textures.

This menu is the result of the coming together of Urban Brewing’s craft brewers and Stack A Restaurant’s top chefs to create something unique. A selection of Urban Brewing beers, brewed on-site in its microbrewery, have been developed and carefully chosen to enhance the flavour notes of each dish. Head chef Dan Keane said, “The fact that we have input into the beer recipes prior to production enables us to think about the pairings from the outset and develop innovative dishes inspired by what we are brewing in-house. This ensures a fantastic food and beer combination – something diners may not expect.”

The menu will change seasonally while the beer pairings will change regularly depending on the latest brews which have been developed by head brewer Mickey Lynch and his team. Mickey said, “We’re constantly forming deeper connections between food and beer using harmonious and contrasting characteristics and flavours. Huge diversity of beer styles allows for endless pairing opportunities with food, and we’re really excited for more people to experience and enjoy these pairings.” The menu begins with Confit Tuna Rillette, Crisp Sourdough, Romesco accompanied by beer such as Urban Brewing Dry Hopped Kölsch. The subtle flavours in this beer match well with the slight spice and minerality in the tuna.

This is followed by Cured Fillet of Sea Trout, Trio of Beetroot, Blood Orange, Watercress accompanied by beer such as Urban Brewing Session Pale Ale, where the natural bitterness in the hops pairs beautifully with the slightly sour and sweet elements of this dish.

The next course is Duo of Irish Beef. 14 Hour Brewed Daub and Charred Rump served with Smoked Potato, Forest Mushrooms, Baby Spinach, Braising Jus accompanied by beer such as Urban Brewing Whiskey Barrel Aged Red Ale which, like wine, has developed tannins and has fermented over time to develop a dry acidity, which helps cut through the dish’s rich flavours.

To finish, diners will be served Toffee Cake, Miso Gelato, Caramelised Banana accompanied by beer such as Urban Brewing Szechuan Stout. Tickets cost €60 per person including matching beers or €45 without beer pairings.