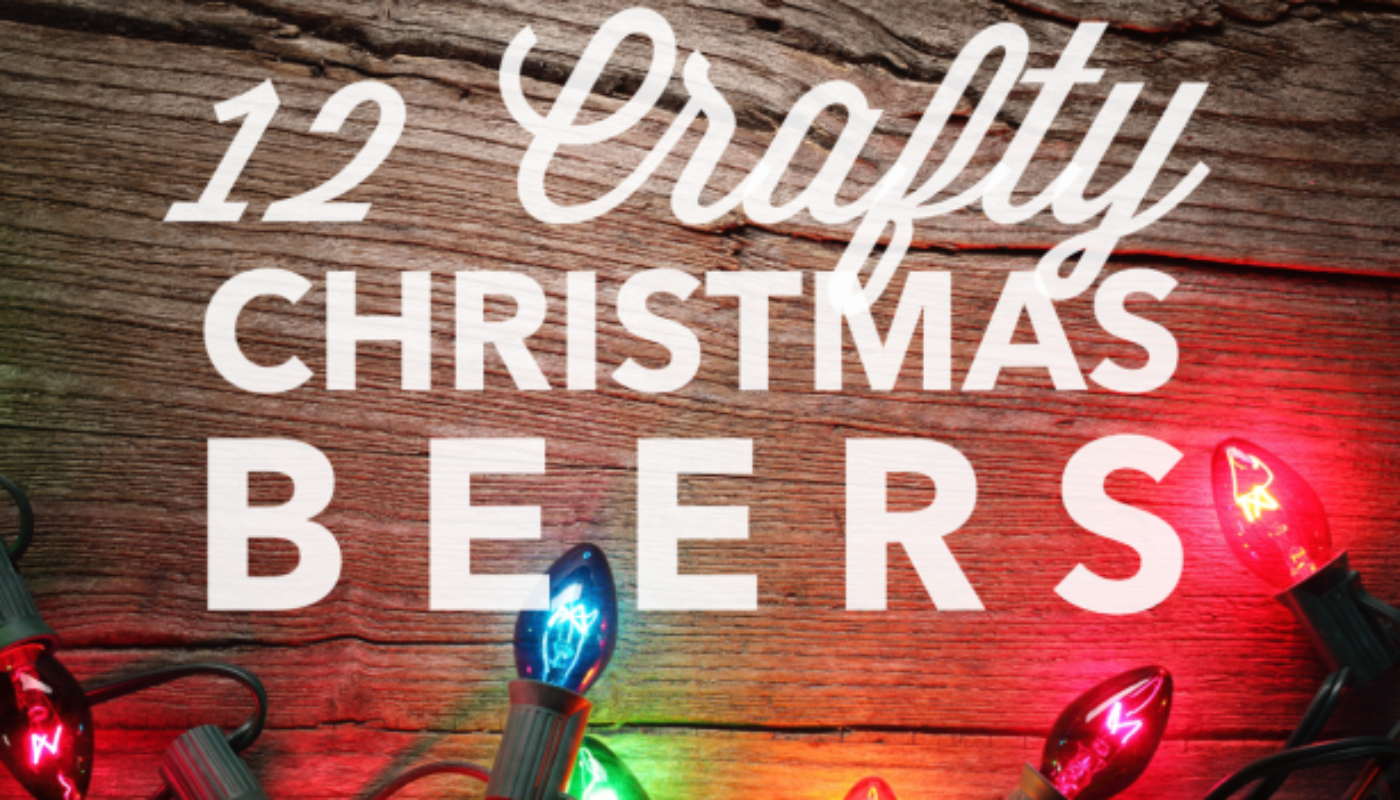 It’s that time of year again where we all have extremely rubbery arms, that don’t need much persuasion to have a cheeky tipple during the festive season.
Here are some of my favourite beverages that can be found quite readily in Off Licences across the country. I suggested some great ones last year and they still apply Check them here. 1: Brehon Brewhouse – Shanco Dubh Porter. (Ireland)
What better for the short winter days, than a big dark beer from Brehon Brewhouse. Weighing in at 7.7% this is no lightweight beer, it is however, packed full of flavour. Expect to get roasted malt on the nose, liquorice, some dark chocolate and coffee notes in the background also. Great with a cheese board. – For the porter drinker in your life, this is a revelation 2: Anchor Brewery – Christmas Ale 2015 (USA)
An annual tradition in the Irish Beer Snob household, this year sees the 41st incarnation of this Annual release beer, where each year the label is adorned by a different tree, and the contents of the bottle are a different recipe. The recipe is a closely guarded secret, but this annual release is a pleasing dark ale. Perfect for sipping in front of the fire. – For the nostalgic and those that like classical flavours and styles 3, 4 & 5: Five Lamps Collaboration with Glendalough Distillery – 3 Pack, Porter, Red Ale, and Dark IPA (Ireland)
A special gift pack just for Christmas. The team at Five Lamps have taken three of their beers and aged them in Glendalough Distillery Whiskey casks. A must for any beer and whiskey lover. It also comes with a special glass to go with the pack. – For the whiskey and beer aficionado in your life. 6 & 7: Galway Bay Christmas Twin Pack (Ireland)
This festive gift pack contains two specials from one of Ireland’s leading breweries. First up is Space Suit, a soured amber beer weighing in at 5.5%. Rounding out the pack is the heavier Diving Bell (9.1%) a salted caramel wee heavy. Two very unique beers to try for someone who wants to try something a little bit different this festive period. – For those that like something completely different. 8: Black’s of Kinsale – Kinsale Pale Ale (Ireland)
Those that are fans of pale ale, would do far worse than stocking up on the cans of KPA. Cans in my opinion are the best medium for freshness and preserving those hop flavours and aroma. We are big fans of Sam’s beers in the Irish Beer Snob house. – Perfect for the Pale Ale fans, and newcomers to craft beer.

9: Brú Brewery – Lager (Ireland)
Fresh fom winning a Gold Medal at the World Beer Awards for their Gluten Free Lager, you will soon be able to pick this up in Supervalu nationwide. This is a traditional Czech Pilsner, with a crisp finish. A very sessionable strength at 4.2%. – Perfect for the newcomers to craft beer, and lager drinkers, and Coeliacs 10: Boyne Valley Whiskey Barrel Aged Cider (Ireland)
Due to be launched in early December, select stockists will have this very limited edition batch of Boyne Valley Cider. Made with apples from Meath, Louth and Tipperary and then aged in whiskey barrels, this cider is a little more complex than its little brother, as it takes on the oak flavours, and develops a little more alcohol at 6%, making it a perfect winter sipper. Keep an eye on their Facebook page to find out when it’s available. – Perfect for the Cider Drinker.

11: Oak Wine Barrel Aged Specials – Yellow Belly Brewery Wexford (Ireland)
Taking a Barley Wine and Belgian Brown ale and then aging in wine casks, Pinot Noir, and Chardonnay respectively. It is only fitting for SImon Lambert & Sons to put together something like this for the winter months. This will be an extremely limited batch but I personally can not wait to try them. The best aspects of both the grape and the grain. – The Wine drinker, dabbling with craft beer. 12: Intensified Coffee Porter – Brooklyn Brewery (USA)
A special beer from a special brewery, anyone familiar with them knows they regularly release 750ml special sharing bottles, this year is no different. Here we have an 11.8% coffee infused porter. It’s starts life as a chocolatey ale before aging in Bourbon Barrels, and then having locally roasted El Salvadorian coffee beans added to the mix. This is a hugely complex beer with lots of intense flavours to keep you interested. – Perfect for the Irish Coffee Drinkers