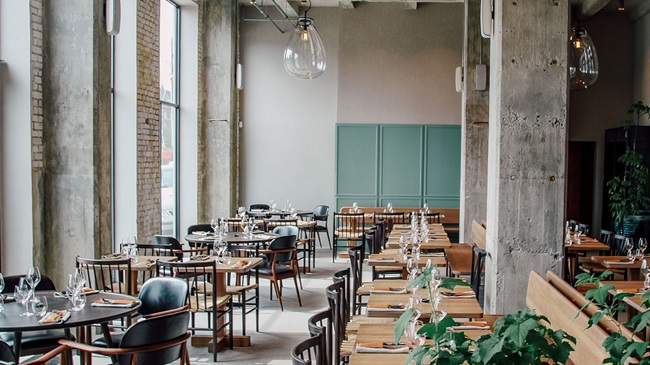 Stepping out from under the shadow of its big sibling Noma, the two Michelin star, four times Best Restaurant in the World, 108 Copenhagen has been awarded its first Michelin star.

The restaurant is also owned by ground breaking chef René Redzepi, but it’s 29-year-old chef Kristian Baumann who has led Noma’s first expansion. The restaurant, which opened on July 27th 2016, has been billed as a more accessible version of Noma.

Just a few metres from Noma, the award goes some way to achieving Redzepi’s goal that in a year from opening the doors that “no one remembers 108 is related to Noma.”

The new star brings the total of Michelin stars in the dynamic city of Copenhagen to 13.

Not the only first in the 2017 edition of the Michelin Guide to the Nordic Countries, published on February 22nd, the guide also awarded both Iceland and the Faroe Island their first Michelin stars.

Leading Faroese chef Leif Sørensen gained a star for his restaurant KOKS, a contemporary, fusion restaurant sitting just above the small capital which opened in April 2011.

Other first star winners include sushi bar Imouto in the corner of Esperanto restaurant in Stockholm, Slotkokkenet, in the old kitchen of a castle, now run as Dragsholm Slot hotel, in Horve Denamrk, and the re-launched Restaurant Sture, which serves French gastronomy in Malmo, Sweden., has been awarded a star for the first time

Gaining their second Michelin stars this year were Restaurant Vollmers Malmo, and Hennerkro, on the rugged coast of Denmark.